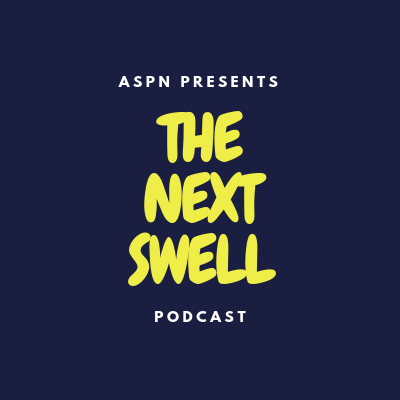 The 2018 Pulitzer Prize Winner in History

A conversation with Jack E. Davis

Before Rob Nixon started the Next Swell podcast, he read and fell in love with The Gulf: The Making of an American Sea. On this episode, Rob Nixon speaks with the man who wrote it, Jack E. Davis, the author of the award-winning An Everglades Providence: Marjory Stoneman Douglas and the American Environmental Century. A professor of environmental history at the University of Florida, he grew up on the Gulf coast, and now lives in Florida and New Hampshire. Hailed as a "nonfiction epic in the tradition of Jared Diamond’s best-seller 'Collapse,' and Simon Winchester’s 'Atlantic'" (Dallas Morning News), The Gulf is "by turns informative, lyrical, inspiring and chilling for anyone who cares about the future of 'America’s Sea'" (Wall Street Journal). Illuminating America’s political and economic relationship with the environment from the age of the conquistadors to the present, Davis demonstrates how the Gulf’s fruitful ecosystems and exceptional beauty empowered a growing nation.

Born and bred in Texas for better and worse, Rob grew up around his father, a pioneering FBI Agent and Texas Ranger, who instilled in him the Texas ethos of doing what is right and standing up for what you believe. He spent every summer in a small trailer with his family on the beaches of Isla Blanca Park on South Padre Island. In 2005, his beloved park was threatened by development that would have destroyed the lifestyle that generations of South Texas Families had enjoyed in camping at the beach. He became an accidental Activist and became a founding member of the South Texas Chapter of the Surfrider Foundation. Since that time, he has built the South Texas Chapter into a well respected Community and Environmental Organization utilizing the Surfrider Foundation Chapter Network. In any issue that he is involved in his only thought is, "I want to look into my boys eyes when they get older and be able to say to them that I did everything in my power to protect and preserve our beaches and your right to enjoy them."