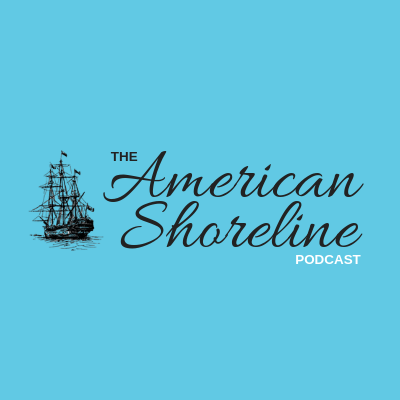 Introducing Jacques and Simone to the ASPN audience

On this special episode, Peter Ravella and Tyler Buckingham welcome Jacques Hebert and Simone Maloz to the show to introduce themselves and their show, Delta Dispatches, to the ASPN audience. Delta Dispatches has been telling the story of the Louisiana coast over a year, discussing its shoreline, its people, wildlife and jobs, and why restoring it matters.

Jacques P. Hebert works as the National Audubon Society’s communications director for the Restore the Mississippi River Delta Coalition. In that capacity, Jacques helps raise awareness to Louisiana’s ongoing environmental land loss crisis, its implications on people, wildlife and the economy, and the restoration solutions available to address it. In the wake of the BP oil spill settlement, Jacques leverages public communications and outreach to build support for large-scale restoration efforts in Louisiana and across the Gulf Coast. Prior to joining Audubon, Jacques worked as the Public Affairs Manager at Mother Jones in San Francisco, where he raised awareness to the news organization's reporting and helped elevate its profile. Previously, he worked for five years at Google initially in its advertising department and then on the company's corporate communications team focusing on YouTube. Jacques graduated from Dartmouth College with a dual major in Spanish and Latin American Studies. Jacques is a native son of Louisiana, having grown up in the town of Braithwaite in Plaquemines Parish, where his family had lived for generations and which has also been ground zero for coastal land loss, hurricanes, and the BP oil spill. In 2015, he was selected for and completed Greater New Orleans Foundation’s Emerging Leaders program along with other area nonprofit leaders. In 2016, Jacques participated in the Institute for Environmental Communication at Loyola University New Orleans.

Simone Maloz is the Executive Director of Restore or Retreat, a non-profit coastal advocacy group working to identify and expedite the implementation of aggressive, large-scale restoration projects, Terrebonne Parish native Simone works with Restore the Mississippi River Delta on the local, state and federal levels to advocate for the needs of the disappearing Louisiana coast, specifically the Barataria and Terrebonne Basins. Since the devastating hurricanes of 2005 and the 2010 oil spill, she has also been tracking the process of the different planning efforts underway, including the Natural Resources Damage Assessment Act (NRDA), Clean Water Act Penalties, the 2012 and 2017 State Master Plan Update and the Louisiana Coastal Area Study projects, all to ensure the needs of the Barataria and Terrebonne Basins are being adequately met with the necessary sense of urgency in the face of what is at stake. She was appointed to serve on the Governor’s Advisory Commission on Coastal Protection, Restoration and Conservation in the summer of 2014, and is a member and co-chair of the Commission’s Diversion Subcommittee.