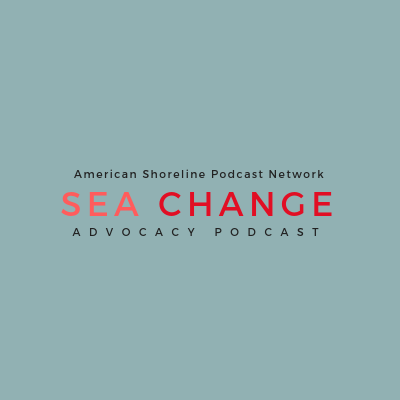 On this episode of the Sea Change podcast, Jenna Valente is joined by Danni Washington, the co-founder of Big Blue and You, Co-creator of Sea Youth Rise Up, a science communicator, an ocean advocate, and a television personality. A Miami native with Jamaican roots, Danni Washington is deeply passionate about oceans and science communications. She dreamed of studying the oceans since she was six years old. In 2008, Danni graduated from the University of Miami Rosenstiel School of Marine & Atmospheric Science with a B.S. in Marine Science/Biology.

A passion for conservation and appreciation for the natural world was engrained in Jenna at a young age. Her father was in the Coast Guard. This meant she always had the fortune of living near the ocean, including Hawaii, Washington State, and Maine. Both of her parents encouraged her to spend the majority of her time outside. As a result, she finds that she is most comfortable barefoot and exploring the coast, countryside, or mountains. Her favorite thing about the ocean is the sheer power of it all. Jenna joined the American Littoral Society as the Healthy Oceans Coalition Coordinator from the Chesapeake Research Consortium where she was a member of the communications staff and focused on building the brand of the program and ensure the health of the Chesapeake Bay. Jenna completed her Executive Master of Natural Resources from Virginia Tech in 2015 and also has her Bachelors in Communication and Journalism from the University of Maine.