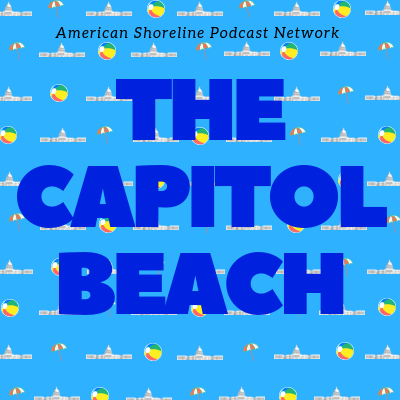 Get to know one of the best programs on the Nation's coast!

The Capital Beach explores the National Estuary Program (NEP). The NEP is a place-based program at the US Environmental Protection Agency created to protect and restore the water quality and ecological integrity of estuaries of national significance. Currently, 28 estuaries located along the Atlantic, Gulf, and Pacific coasts and in Puerto Rico are designated as estuaries of national significance. The Capitol Beach host Derek Brockbank welcomes three guests to the pod: Roberta Swann, the Director of the Mobile Bay National Estuary Program, Laura Blackmore, the Director of the Puget Sound Partnership, and Jeff Lerner, the Partnerships Program Branch Chief at the EPA.

Show Transcription
This transcription was generated by a computer. Please excuse any errors.
Derek Brockbank

Derek Brockbank is Executive Director of Coastal States Organization (CSO), which represents the nation’s Coastal States, Territories, and Commonwealths on ocean, coastal, and Great Lakes issues. With two decades of experience in Washington DC on coastal adaptation policy and organizational development, Derek is connecting state coastal management programs with federal agencies and resources in order to address the greatest coastal challenges facing society. He previously served as executive director for the American Shore & Beach Preservation Association (ASBPA) where he led the strategic planning and outreach, government affairs, and development goals of the nation’s leading organization advocating for beach and coastal restoration. Prior to starting with ASBPA, Derek worked as campaign director for a coalition effort to restore the Mississippi River Delta and Coastal Louisiana, and was part of a gulf-wide campaign to pass the RESTORE Act, securing billions of dollars for Gulf Coast restoration. This followed up on his work with National Wildlife Federation on climate adaption. Derek grew up in New York City and got his coastal education from an early age playing on the beaches of Long Island, and kayaking and fishing in Peconic Bay.