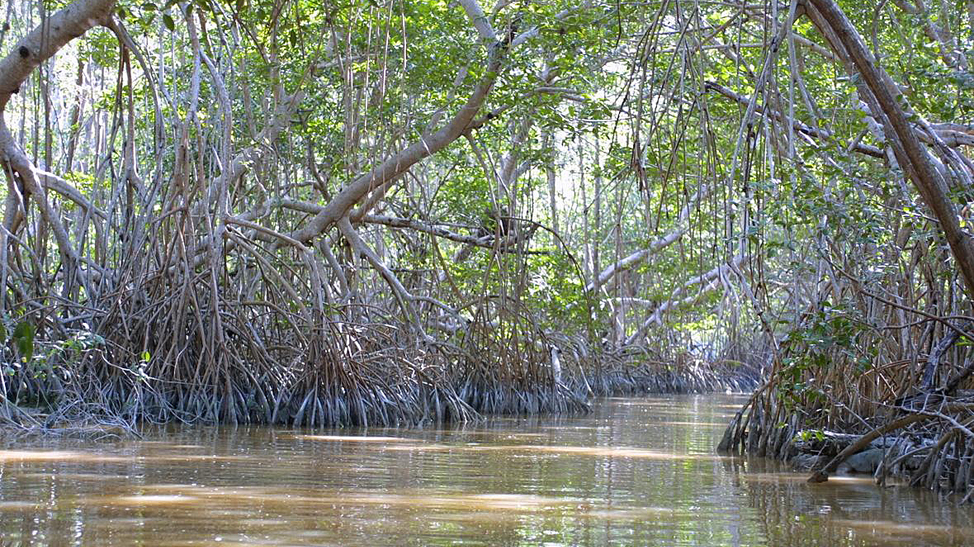 Large sections of tropical mangroves could vanish by 2050, according to new research.

Coastal mangrove forests aren’t adapting rapidly enough to escape rising sea levels, and many could disappear by 2050 in much of the tropics, according to recent research published in Science.

Authors of a study reported June 5 used sediment cores from 78 sites on five continents to determine when mangroves first appeared over the past 10,000 years, as sea-level rise had slowed once Earth fully emerged from the Ice Age. They found that mangrove ecosystems did not develop unless relative sea-level rise was less than 6 to 7 millimeters* per year. (The term “relative” is used because the rate of sea-level rise is determined by the increase in water volume of the oceans plus subsidence or uplift of coastal land).