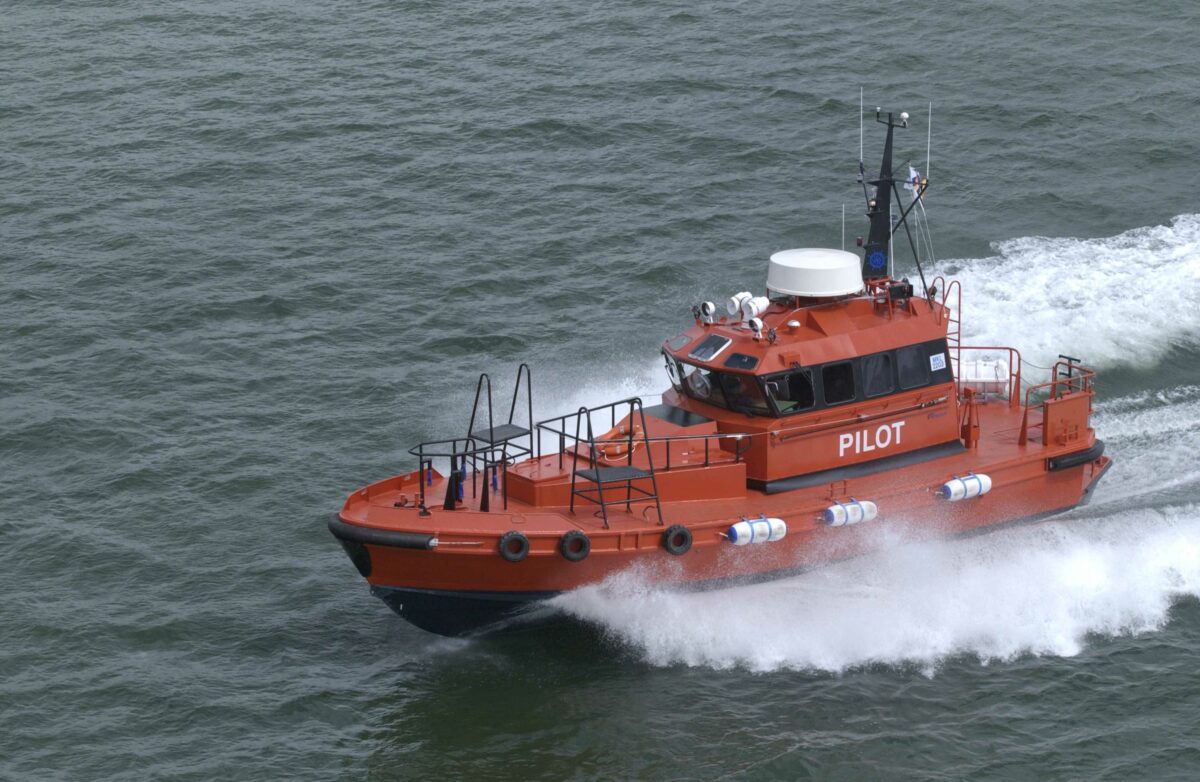 The world’s first methanol propelled pilot boat has been launched by the Fastwater project, a consortium of Europe’s maritime research and technology leaders set to demonstrate the feasibility of retrofit and newbuild vessels to operate on methanol.

Launched ahead of schedule, one of the Swedish Maritime Administration’s (SMA) pilot boats was converted to run on methanol. This 14.4-metre long and 4.6-metre wide pilot boat 120 SE operates on a single methanol-fueled engine.

It features a fixed propeller and the compression ignited Methanol-MD97 engine which has diesel-like performance. The engine’s power goes up to 415 kW at 2,100 rpm.

Said to be super-efficient in terms of low fuel consumption, the pilot boat and engine are designed in cooperation with Lloyd’s Register.

As described, the new methanol powered engine was installed in a normal engine room. Double-walled fuel pipes and double-skinned tank were also installed as well as leakage and heat detectors.

“Our redesigned pilot boat is an important piece of the puzzle in our larger and broader transition work towards a completely fossil-free boat and ship fleet. The pilot boat will now be put to the test, something that happens through many hours of tough and continuous testing. Tests that will then be evaluated and analyzed”,said Fredrik Backman, head of shipping management at SMA.