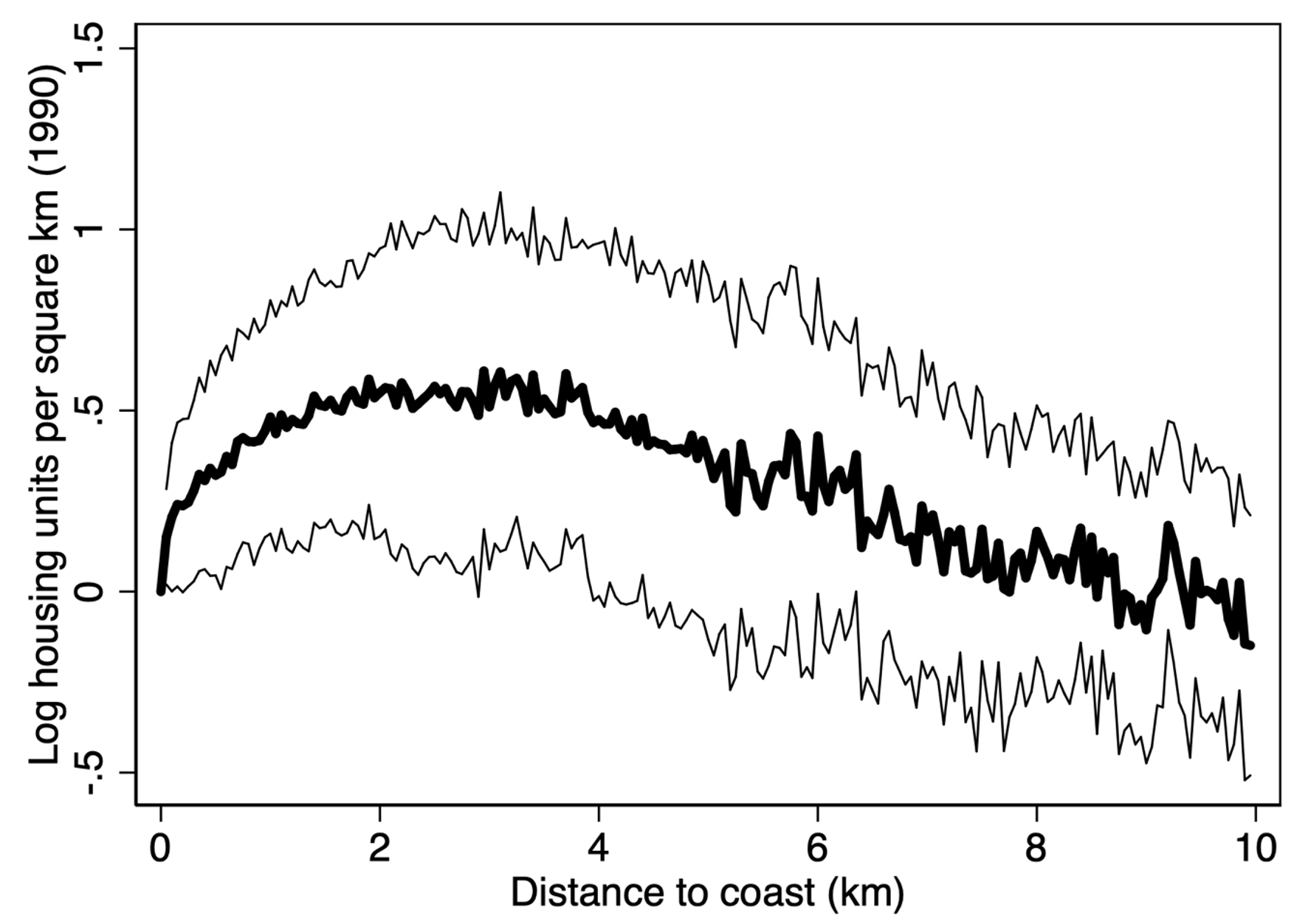 World - Why housing is built in flood-prone coastal areas

Despite the higher susceptibility to floods and a growing climate crisis, more than 10% of the world’s population live in low-elevation coastal zones, and that percentage is growing.

This column uses a new dataset on the location of housing and flood risk across thousands of kilometres of the US Atlantic and Gulf coasts to present a detailed picture of housing in low-elevation coastal zones, and its relationship to the vulnerability of different locations to flooding and sea level rise. It also explores how sea level rise may reshape cities, and considers implications in terms of rising costs of flooding and taxpayer subsidies, the economic decline of some neighborhoods, and lengthening commutes.

Low-elevation coastal zones (LECZs) are home to more than 10% of the world’s population, and this share is growing (Neumann et al. 2015). But the attraction of LECZs poses problems, due to their susceptibility to floods, including from tropical storms, which affect many millions of people around the world every year (Brakenridge 2021). The problem of flooding is acutely felt in the US, where in the present conditions, expected annual losses from tropical storms alone are estimated at $57 billion, of which a third is borne by taxpayers (US Congressional Budget Office 2019). To make matters worse, global sea levels are rising (Pörtner et al. 2019), with varying consequences for different coastal areas: the US Atlantic and Gulf coasts have experienced some of the fastest local rates of sea level rise (SLR) in the world during the 20th century. This trend is expected to continue, increasing the frequency of flooding – in some cases by an order of magnitude (Dahl et al. 2017).

Against this backdrop, it is important to understand where housing construction in coastal areas is taking place. In recent research (Lin et al. 2021), we assemble a new dataset on the location of housing and flood risk across thousands of kilometres of coast, spanning major urban centres, small towns, and rural areas for the US Atlantic and Gulf coasts, to investigate this. The data, which cover two decades, are at a highly disaggregated spatial scale. They include information on housing from the census and land cover from satellite imagery, as well as measures of SLR proneness, flood damages, and regulatory restrictions. These data allow us to explore construction in areas where flood risks for residents and taxpayers are both high and rising, due to climate change. We use these data to document how the existing housing stock and new construction vary by distance to the coast. The result is a novel and detailed picture of housing in LECZs, and its relationship to the vulnerability of different locations to flooding and SLR.

We also develop a model,that provides a parsimonious explanation for our findings. The model answers questions such as: Why does housing concentrate near, but not right at, the coast? Why are coastal cities asymmetric? Why is new housing in LECZs increasingly built on flood-prone areas, which were previously avoided? And why does this happen especially on the urban fringes? Finally, we extend our model and use it to study how SLR may reshape cities, and consider implications for rising costs of flooding and taxpayer subsidies, the economic decline of some neighbourhoods, and lengthening commutes.