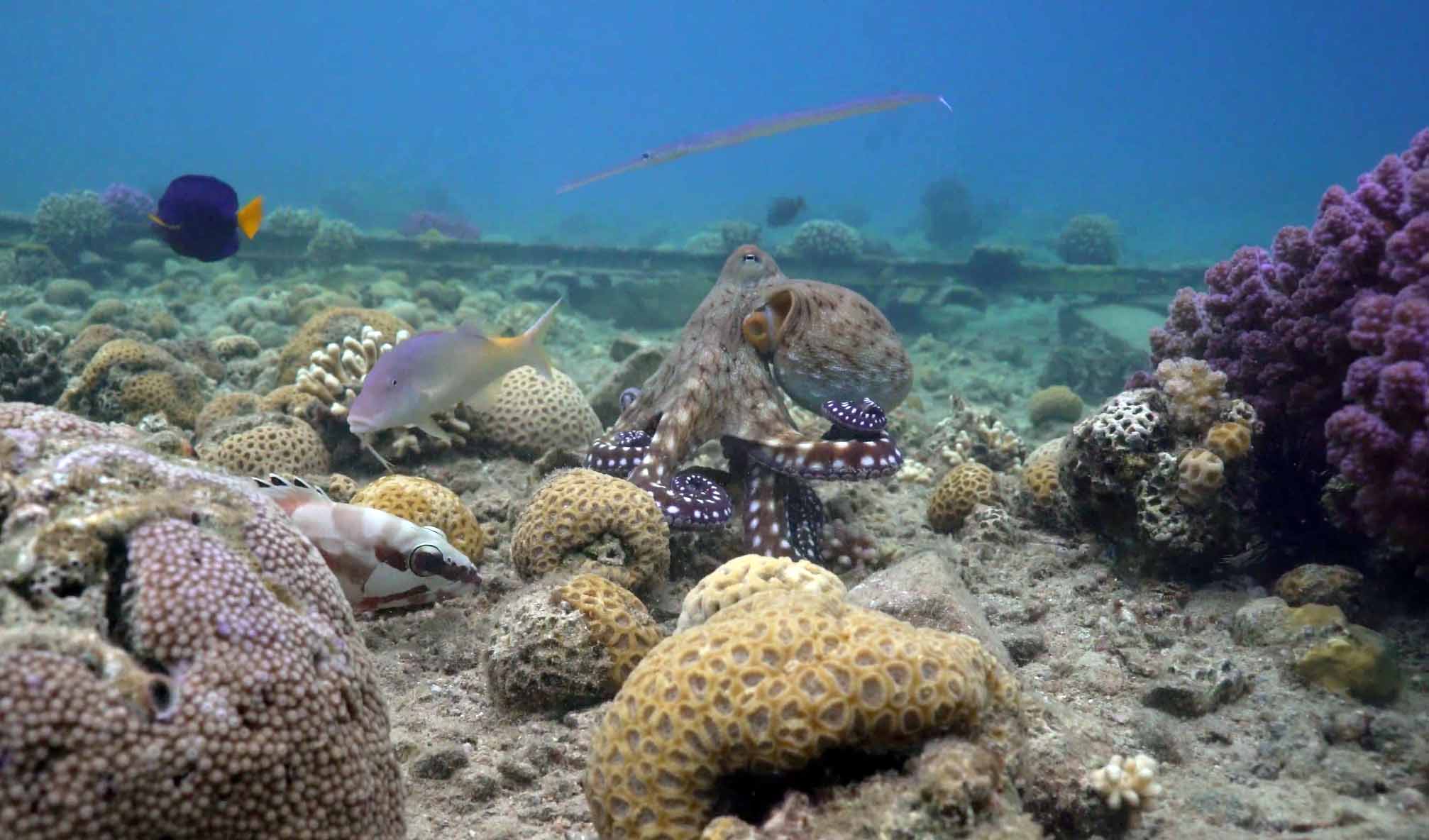 Octopuses are known to “punch” fish to keep them in line as hunting partners, but a research team has observed them lashing out from what they think could simply be spite.

The researchers, led by marine biologist Eduardo Sampaio from the Marine & Environmental Sciences Centre of the University of Lisbon in Portugal, had been studying how Red Sea octopuses work with various coral-reef fish to hunt and trap prey.

Grouper and other species habitually form mutually beneficial hunting collaborations with octopuses. These organised hunts can involve multiple partners from several species and last for more than an hour.

Octopuses play the central role, pursuing prey inside rock and coral crevices, with grouper signalling promising locations to them. Bottom-feeding fish partners such as goatfish scour the seabed while semi-benthic predators such as cornetfish patrol higher in the water column.

Sometimes opportunistic fish such as tailspot squirrelfish join in to pick up whatever they can rather than to contribute to the group effort, and as such are likely to be victims of octopus punching.