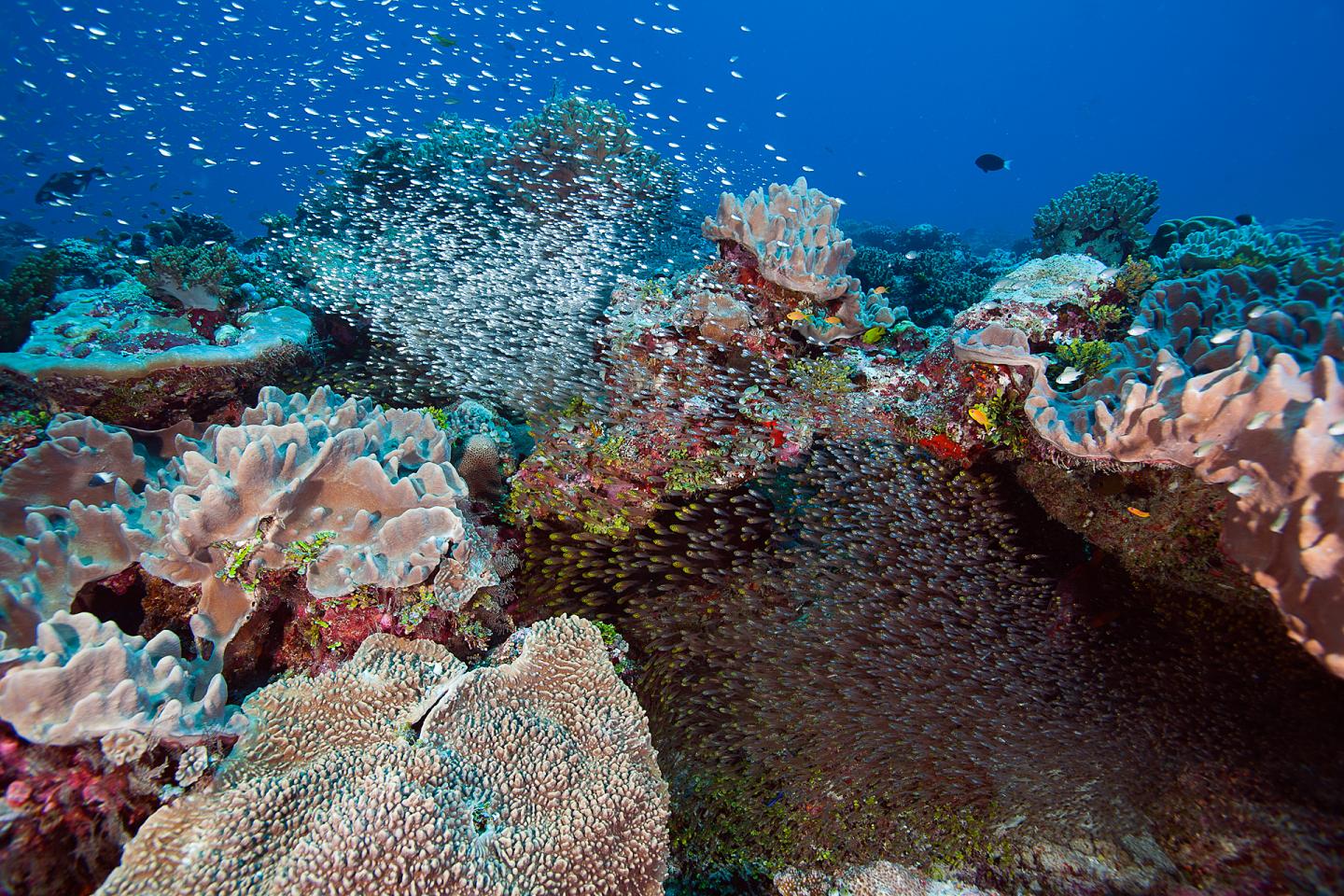 World - What's happening to the most remote coral reefs on Earth?

Scientists from the Khaled bin Sultan Living Oceans Foundation have published their findings on the state of coral reefs in the Chagos Archipelago, considered the last frontier for coral reefs

In the middle of the Indian Ocean lies some of the last coral reef wilderness on Earth. The Chagos Archipelago, a collection of atolls, including Earth's largest - the Great Chagos Bank- is home to reefs that have been largely undisturbed by humans for the last 50 years. Some estimates indicate the Chagos Archipelago may contain more than half of the healthy coral reefs remaining in the entire Indian Ocean. These reefs are protected both by their remote location, and in one of the world's largest no-take marine reserves--the British Indian Ocean Territory (BIOT) marine protected area.

In 2015, scientists at the Khaled bin Sultan Living Oceans Foundation (KSLOF) came to the Chagos Archipelago to assess the status of the reefs. Over the course of two months at sea, an international team of scientists conducted thousands of surveys of the benthic and reef fish communities at over 100 locations across the archipelago. This research was conducted as part of the Foundation's Global Reef Expedition (GRE), a 5-year research mission that circumnavigated the globe to assess the health and resiliency of coral reefs.

"The Global Reef Expedition was designed to evaluate the status of the benthic and reef fish communities and assess the impact of anthropogenic and natural disturbances on coral reef ecosystems," said Alexandra Dempsey, the Director of Science Management at KSLOF and one of the report's authors. "One priority for us was to study reefs with minimal human disturbance, and there was no better place on Earth to do that than the Chagos Archipelago."