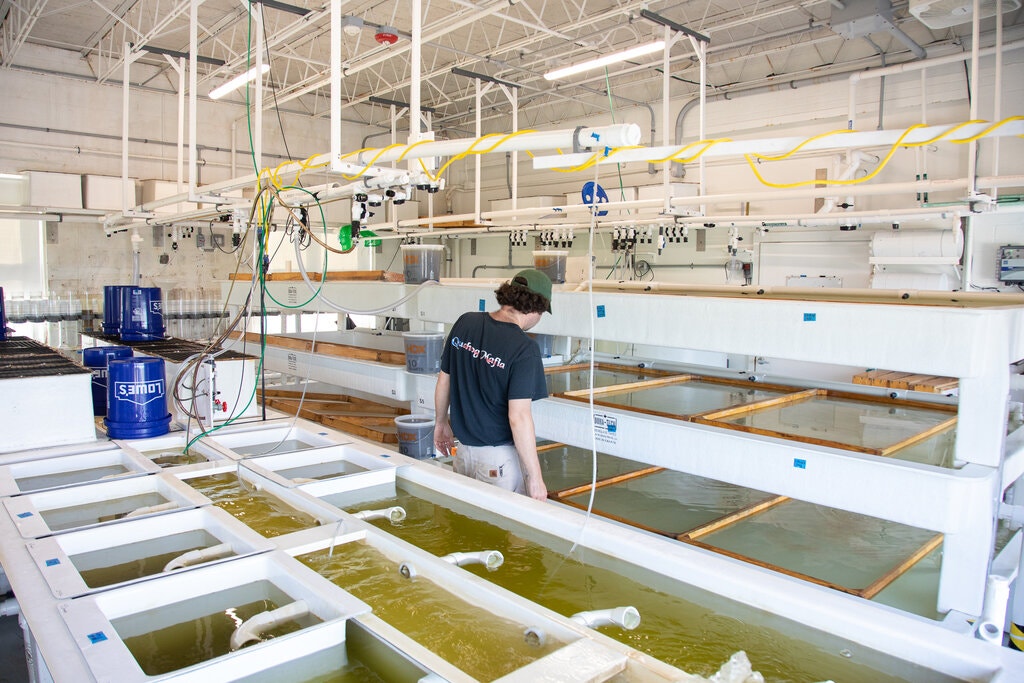 Companies are trying to prove that conservation, sustainable fishing and carbon sequestration are profitable.

Marty Odlin, who grew up and lives on the Maine coast, remembers what the ocean used to be like. But now, he said, “It’s like a desert and just within my lifetime.” In the last few years, he said, he has seen lots of sea grass and many other species virtually disappear from the shoreline.

Mr. Odlin, 39, comes from a fishing family and has a passion for the history of the ocean and the coast, both of which have informed his sense of the ocean’s decline, a small part of the catastrophic deletion of marine life over the last several hundred years.

Using his training as an engineer, Mr. Odlin has decided to try to reverse that decline with his company, Running Tide, which is based in Portland. Using a combination of robotics, sensors and machine learning, he is building an aquaculture operation that is selling oysters now and eventually clams. He is also using that system to grow kelp, with the goal of producing enough of this seaweed to pull carbon dioxide from the atmosphere and permanently sequester it by burying it on the ocean floor, and sell carbon offsets.

The company also plans to seed oyster reefs and clam beds along the shoreline, and restore kelp forests and sea grass, to help the coastal ecosystem by bringing back biodiversity and improving water quality, among other benefits.

Mr. Odlin’s plans are one of a number of efforts in the “blue economy,” a term used to describe commercial activity on the oceans, seas and coasts. He and others are trying to prove that ocean conservation, sustainable fishing and carbon sequestration can be good for business, especially as global shipping, aquaculture and the appetite for wild seafood increases around the world.