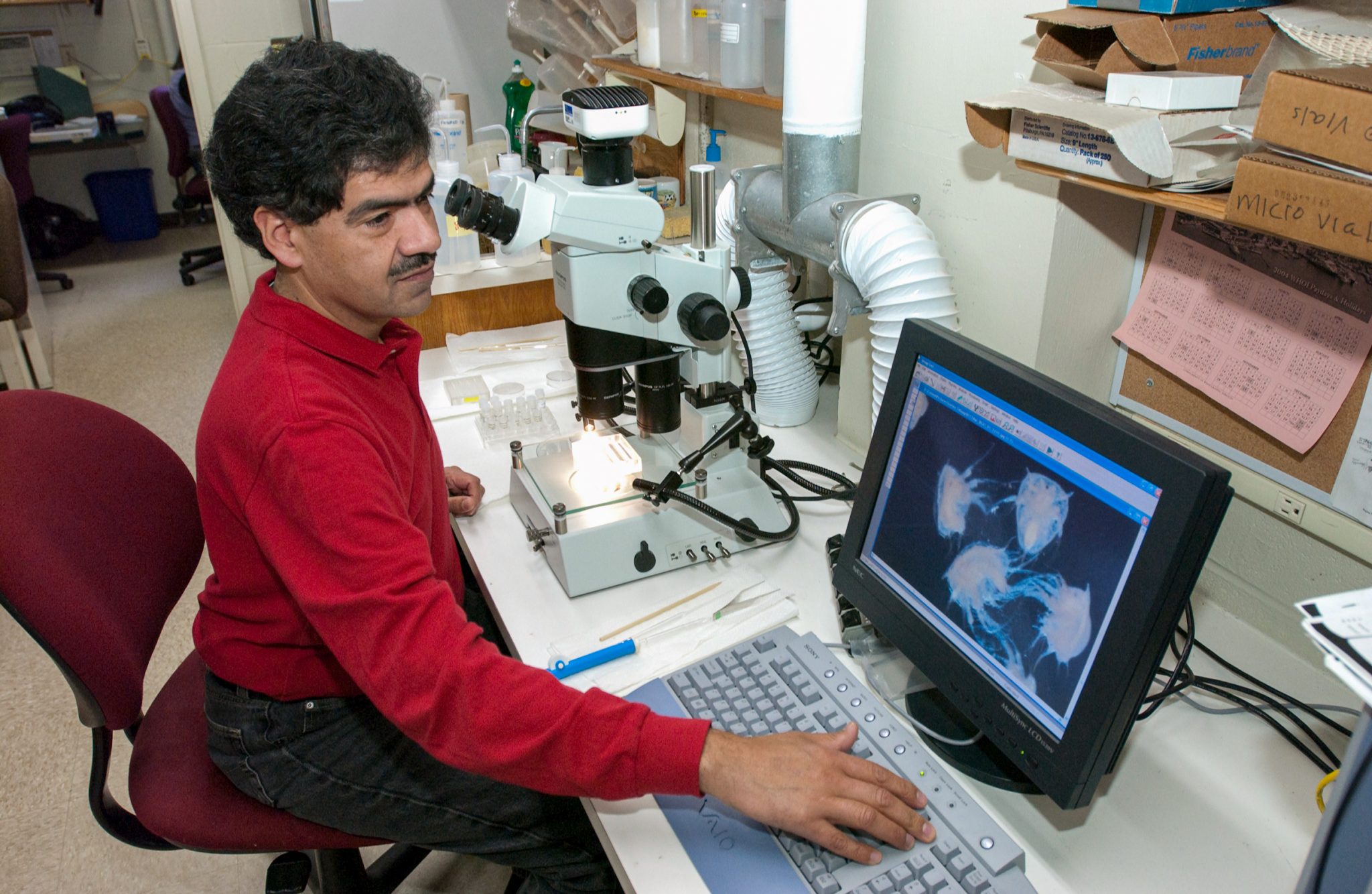 For generations, these hitchhikers have been recording details about their hosts and their ocean home.

In the grand scheme of things, Michael Moore regrets losing his sense of smell decades ago as the result of chemical exposure in veterinary school. It may have spared him some discomfort, though, on the day in September 2010 when he arrived on a beach in Massachusetts to examine the colossal decaying carcass of a washed-up humpback whale. The eight-meter animal had been found dead in Chatham, on the elbow of Cape Cod, and Moore, a veterinary scientist at Woods Hole Oceanographic Institution (WHOI), wanted to determine what killed it. But when he reached the gigantic cadaver, he found that its organs had already decomposed too much for him to glean much of use. He did see one sign of life, however: clusters of freeloading whale barnacles, embedded in the whale’s skin like calcium carbonate body piercings. Their shells clicked softly as they extended their feathery back legs, sweeping the air for plankton that were no longer floating by.

Whale barnacles are a specialized family of acorn barnacles, the filter-feeding marine crustaceans that affix themselves to various surfaces and encase their soft bodies in volcano-shaped shells. Like the whales they live on, whale barnacles can grow to dramatic proportions compared with the species you might see on the seashore. “They’re the size of a small coffee cup, and they’re quite spherical, like imploded tennis balls,” Moore told me. “If you’re into barnacles, they’re pretty extraordinary, because they’re so big.”

Moore, by his own admission, is not into barnacles—in fact, he hates them. He comes by his disdain honestly, having spent countless hours trying to remove the stubborn invertebrates from the propellers of his boats. But he knew who would appreciate the critters still alive and clinging to the whale carcass: Jesús Pineda, an ocean ecologist at WHOI. Moore sliced off a few barnacles with a long knife, placed them on ice in a cooler, and shuttled them back to WHOI’s seaside campus to hand off to his colleague.

Pineda, who has built an academic career on being into barnacles, was excited. Of the 1,000-plus species of barnacles on Earth, whale barnacles are some of the most difficult ones to find—and therefore study—while they’re still alive. Instead of spending their lives stuck in one spot like many of their relatives, whale barnacles hitchhike on the heads and flippers of migrating baleen whales and feed on the plankton that their mobile homes swim through. This arrangement also protects the barnacles from gulls, carnivorous sea snails, and other predators on shore. But because they can’t seal themselves shut like other species, whale barnacles don’t survive long out of the water. That makes it a lucky break to acquire living specimens even when a nonliving whale washes up. Plus, no one knows much about how to care for the barnacles once they’re detached from their blubbery bodyguards. Moore’s find presented a rare opportunity for Pineda to give it a try.

Pineda transferred the barnacles, bits of rotting whale still attached, to an open tank in WHOI’s Environmental Systems Laboratory. Seawater gently flowed over them, and Pineda laced it with freeze-dried brine shrimp—also known as sea monkeys—in the hopes of keeping the barnacles fed. He wanted to breed them and study how their larvae attach to whale skin. But after several weeks, the barnacles died without reproducing, and 11 years later, Pineda is still waiting for another shot.