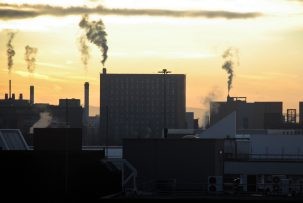 Climate scientists are still uncertain about a number of phenomena that could affect our future. What are the reasons for this uncertainty?

The favored refrain of climate deniers and those who oppose climate policies is that “the science is not settled.” To some degree, this is true. Climate scientists are still uncertain about a number of phenomena. But it is the nature of science to never be settled — science is always a work in progress, constantly refining its ideas as new information arrives.

Certain evidence, however, is clear: global temperatures are rising, and humans are playing a role in it. And just because scientists are uncertain about some other areas, does not negate what they are sure about.

What’s certain and what’s not

Reputable climate scientists around the world are in almost unanimous agreement that human influences have warmed the atmosphere, ocean, and land and that the speed of the changing climate exceeds what can be attributed to natural variability. They are also virtually certain that this warming has been driven by the carbon dioxide and other greenhouse gases produced by human activities, mainly the burning of fossil fuels. Climate scientists are highly confident about these things because of fundamental principles of physics, chemistry, and biology; millions of observations over the last 150 years; studies of ice cores, fossil corals, ocean sediments, and tree rings that reveal the natural influences on climate; and climate models.

Despite this evidence, “In the climate change field, with its countless socioecological factors and interdependent systems, its known unknowns and unknown unknowns, deep uncertainty abounds,” said the World Resources Institute. The uncertainties are due to an incomplete understanding of Earth’s systems and their interactions; natural variability in the climate system; the limitations of climate models; bias; and measurement errors from imprecise observational instruments. In addition, there is great uncertainty about how the climate will be affected by humans and the demographic, economic, technical, and political developments of the future.

Ben Cook, a climate scientist at the Columbia Climate School’s Lamont-Doherty Earth Observatory who studies drought and interactions between land and the climate system, said, “There are a few different sources of uncertainty and depending on the source, there are different kinds of difficulties. On one level, there are the process uncertainties that we have an incomplete understanding of because we don’t have the full spectrum of observations that we would want, and/or we’re limited in the ability to represent those processes within our climate models. There are other uncertainties related to things outside the physical climate system. A good example is the scenario uncertainty. We want to understand what the climate is going to look like at the end of 21st century. That depends on the physics of the climate system. But it also depends upon how many greenhouse gases we ultimately wind up emitting over the next century.”

The rate at which our climate will warm also depends upon the interplay of emissions and interactions between various processes that either lessen or exacerbate disruptions to the climate system, some of which scientists are still uncertain about: cloud formation, water vapor and aerosols, unpredictable natural phenomena like volcanoes, tipping points, and human behavior. What are the reasons behind this uncertainty?

Clouds play an important role in determining the planet’s energy balance. As the planet warms, cloud patterns everywhere will change: Certain types of clouds will increase in some places and decrease in others. And depending on the type of clouds and the landscape below them, clouds can have a cooling or a warming effect on the planet. Low clouds have a cooling effect because they reflect solar radiation back to space.

High cirrus clouds, on the other hand, warm Earth because they trap heat. Climate models have generally suggested that the warming and cooling effects of clouds will balance each other out over time, but some new studies suggest that global warming could cause more clouds to thin or burn off, leaving Earth increasingly exposed to the sun and warming.

“Cloud feedbacks tend to be very uncertain because observations are a bit limited,” said Cook. “They are kind of restricted to the satellite era, over only the last 40 years. And it’s difficult to understand some of the causality. We want to understand how clouds cause the climate system to change. But at the same time, clouds respond to the climate system.”

In addition, climate models have difficulty incorporating certain information about clouds. Most climate models map features over areas of 100 kilometers by 100 kilometers, though some cloud models may have grids of five kilometers by five kilometers; but even within five kilometers there is a lot of variation in cloud cover. Allegra LeGrande, adjunct associate research scientist at Columbia Climate School’s Center for Climate Systems Research, said, “Sometimes there are processes that are just too small, too complicated, too hard to measure. And you just can’t explicitly include them in the climate models. These tend to be processes like the ephemeral, little wispiness of the clouds. How are you going to translate these tiny ephemeral cloud bits into a climate model of the whole world?”

And yet, “Clouds can make a huge contrast in what kind of climate you simulate for an area,” said LeGrande, who works with climate models to better understand climate more extreme than that of the past. “A cloudy field versus an uncloudy field can make a huge impact on everything—the temperature, the precipitation, the evaporation, the surface energy balance, everything.”

Water vapor, the most abundant greenhouse gas, amplifies the warming resulting from other greenhouse gases. Rising temperatures caused by rising levels of carbon dioxide and methane result in more evaporation, which increases the amount of water vapor in the atmosphere. For every added degree Celsius of warming, water vapor in the atmosphere can increase by about 7 percent. Scientists estimate this effect more than doubles the warming that would result from rising carbon dioxide levels alone.

Will we clean up air pollution? Photo: Mark McNestry

On the other hand, the cars, incinerators, smelters, and power plants that emit climate-warming greenhouse gases also release aerosols—liquid or solid particles in the atmosphere that block sunlight and have a cooling effect on the planet. Natural aerosols like sulfate aerosols produced after volcanic eruptions also cool Earth. But clouds can also form around aerosols, using them as nuclei, so their overall effect is uncertain.

There is also uncertainty about aerosols because no one knows how society will change over time. Will we eventually ban their fossil fuel–burning sources? Will cleaning up air pollution make climate change worse?

Because of these uncertainties, scientists don’t know how water vapor and aerosols will ultimately balance each other out.

There are natural changes in the climate that occur due to different high- and low-pressure areas and air circulation that affect temperature and rainfall. These are particularly important for making projections over smaller regions and shorter time frames.

“On shorter time periods, for example, the next year out to maybe 30 or 40 years, the internal random variability in the climate system is really important,” said Cook. “At regional scales, that kind of time period can be a bit more difficult to predict because you can have just the internal natural variations in the climate system amplifying the effects of climate change, or in some cases, diminishing the effects of climate change.”