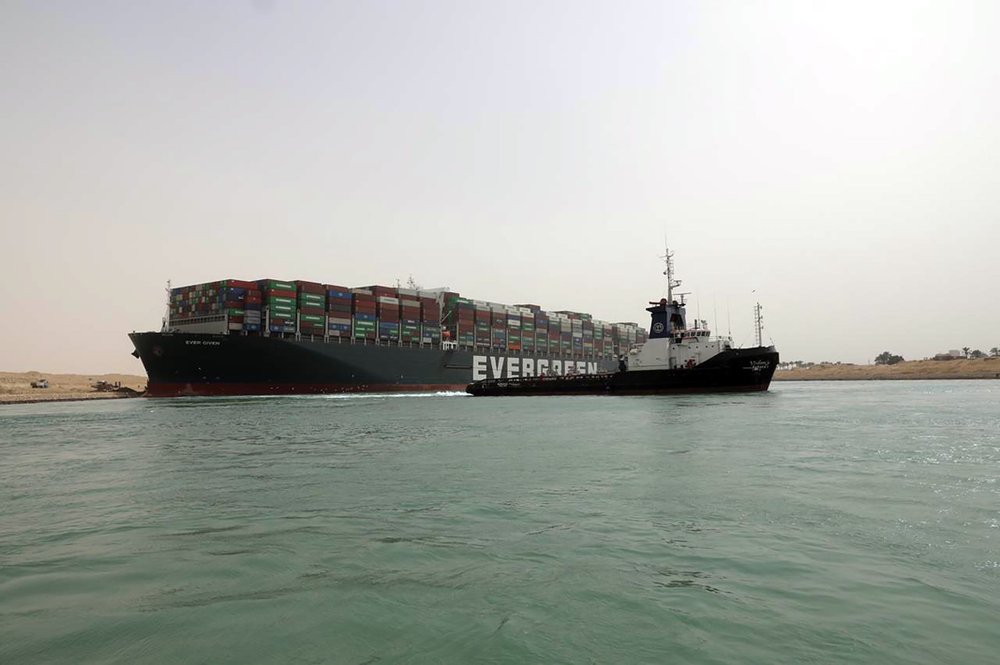 World - What the Closing of the Suez Canal Says About U.S. Maritime Security (with ASPN Podcast)

The Ever Given wasn’t the first ship to block the Suez Canal. A multi-ship pile-up in 2018 snarled maritime traffic there for two days. But the sheer size and bulk of the Ever Given was a much greater challenge—one that took 11 days to solve.

If a strategic maritime chokepoint such as the Suez Canal is closed, then how long can this be endured before the U.S. economy suffers serious damage? And is the Navy appropriately positioned and sized to contend with such closures?

When the Ever Given grounded on March 23, regional tensions had been high for months due to an undeclared tanker war between Iran and Israel. There were also mounting concerns over Russian military forces massing in Crimea and on Ukraine’s Eastern borders. To move forces quickly between the Arabian Gulf and the Mediterranean, the U.S. Navy must have access to the Suez Canal. Without it, naval forces must circumnavigate Africa, taking over a week to arrive at a flashpoint.

On the day before Ever Given’s grounding, the Eisenhower carrier strike group (CSG) was in the Eastern Mediterranean conducting operations against ISIS (Islamic State in Syria and Iraq), while the Makin Island amphibious ready group was in the Arabian Sea. Had tensions turned to conflict in Ukraine while the canal was blocked, the nearest significant naval carrier strike force (the Theodore Roosevelt CSG) would have had to make a circuitous transit from the Indian Ocean—a danger acknowledged publicly by the Pentagon.

The Suez Canal closure created a 360-ship traffic jam and disrupted almost 13 percent of global maritime trade. In addition to creating added costs for shippers, the blockage is anticipated to cause downstream backlogs as delayed ships surge into and overwhelm ports and losses in global trade of up to $10 billion. The United States is less reliant on the Suez Canal than European and Asian economies, but had the Panama Canal been similarly blocked, it could severely impact the U.S. economy, according to a 2010 U.S government study.

Listen more: Zachary Karabell on the History and Lasting Legacy of the Suez Canal on the American Shoreline Podcast.

On this episode, Peter Ravella and Tyler Buckingham are joined by Zachary Karabell, author, columnist (NYT, WSJ, WaPo, Politico, Wired), and grand thinker to talk about the Suez Canal, the Ever Given crash, and what it means, if anything, for international trade and our future. Karabell wrote Parting the Desert: The Creation of the Suez Canal and is a recognized expert on history, economics, and international trade. His latest book, Inside Money: Brown Brothers Harriman and the American Way of Power, comes out in May.  A great conversation with one of the leading thinkers around today.