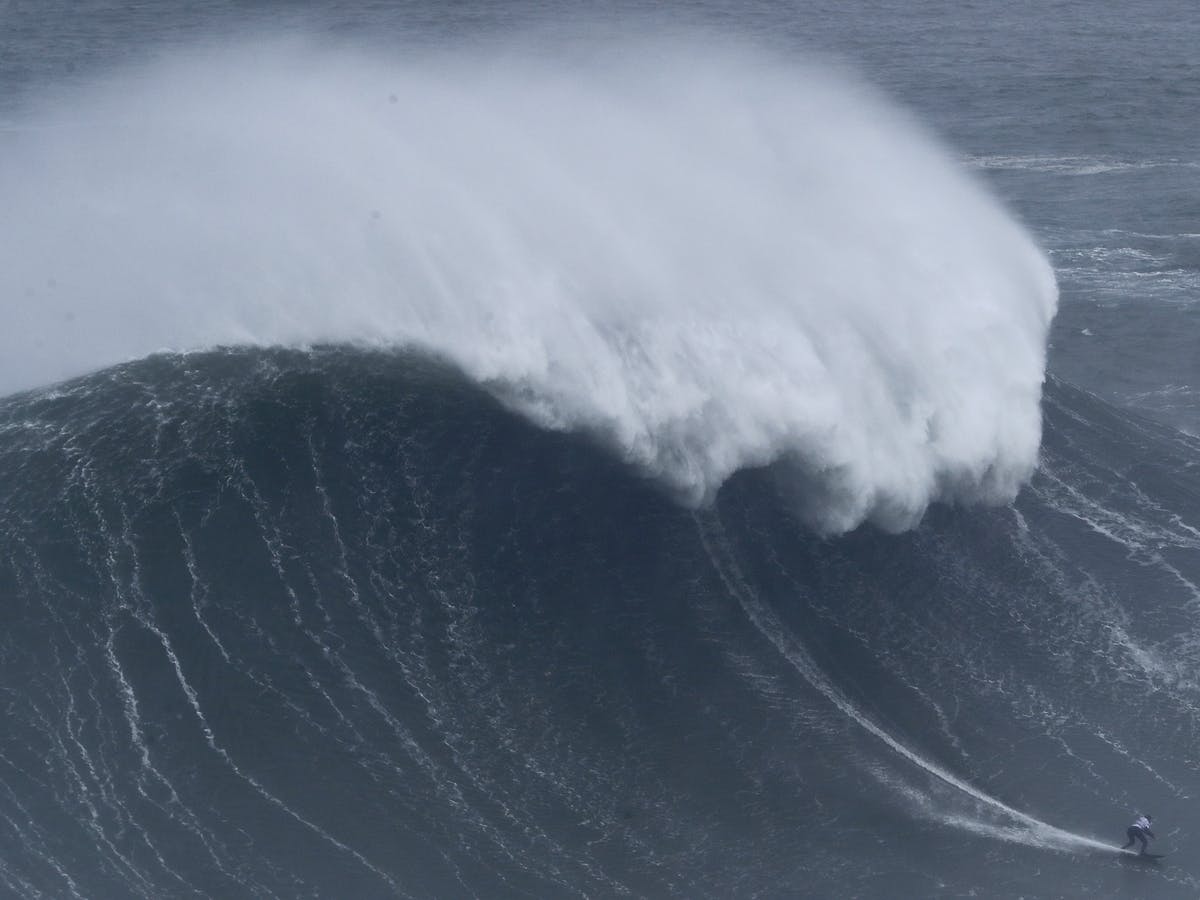 As a female surfer myself – though of dubious abilities – this news made me really excited. I love it when female athletes accomplish things that typically garner headlines for men. But I am also a physical oceanographer and climate scientist at Brandeis University. Gabeira’s feat got me thinking about the waves themselves in addition to the surfers who ride them.

What makes some waves so big?

Waves start with a storm

Think for a few seconds about what happens when you throw a stone into a serene pond. It creates a ring of waves – depressions and elevations of the water’s surface – that spread out from the center.

Waves in the ocean act similarly. On rare occasions earthquakes and landslides can generate waves, but usually waves are created by wind. Generally, the biggest and most powerful wind-generated waves are produced by strong storms that blow for a sustained period over a large area.