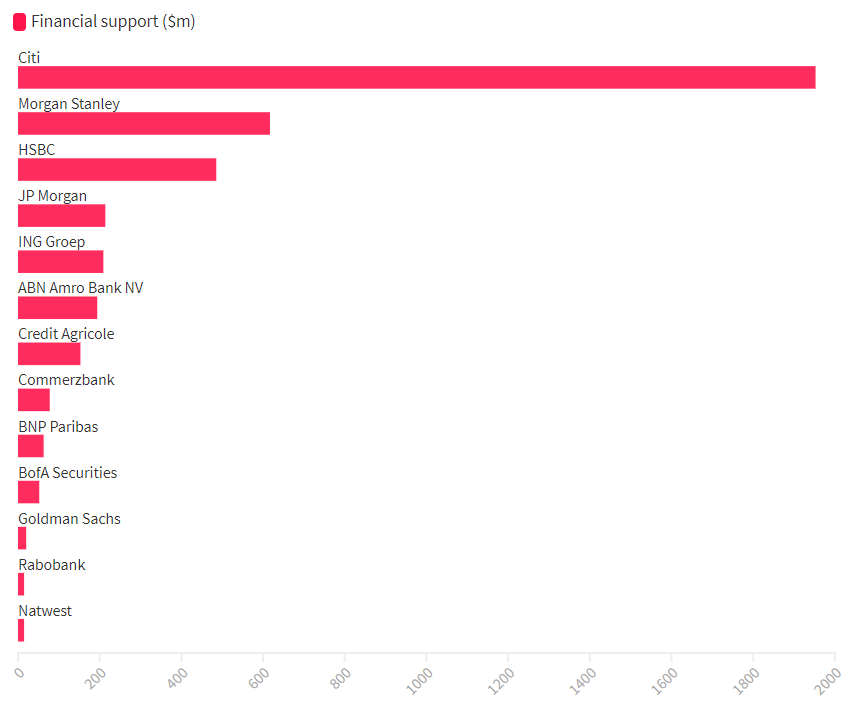 Western banks are providing billions of dollars in financial support to companies responsible for the overfishing of at-risk species of tuna, Unearthed can reveal.

Across the world’s oceans, some tuna populations are at risk of collapsing as large fishing corporations seek to produce greater and greater yields to feed wealthy consumers.

The threat to tuna has been widely reported. But in the last 10 years, Western banks have supported companies targeting these populations with loans and bond underwriting worth billions of dollars, according to financial data analysed by Unearthed.

These companies are involved in fishing for at-risk tuna and the ranching industry for young tuna caught in the wild.

The funding raises concerns over whether banks are signed up to, and enforce, robust sustainability principles and codes of practice.

Rashid Sumaila, professor of ocean and fisheries economics at the University of British Columbia, told Unearthed: “Banks need to have principles. Norgesbank, the Norwegian central bank, has developed principles for lending that they go by, taking care of ocean sustainability. These kinds of examples are slowly coming forward but we need to speed that up.”

Sumaila also revealed that he resigned from the stakeholder council at the Marine Stewardship Council (MSC), a body whose recommendations banks often use to guide them, because he didn’t believe its promises were being delivered on the ground.

Despite commitments to improved financial transparency, there is little clarity as to where the money provided by the banks goes. Many of the companies involved have multiple different divisions operating in different sectors. When contacted by Unearthed the banks declined to specify where their loans went.