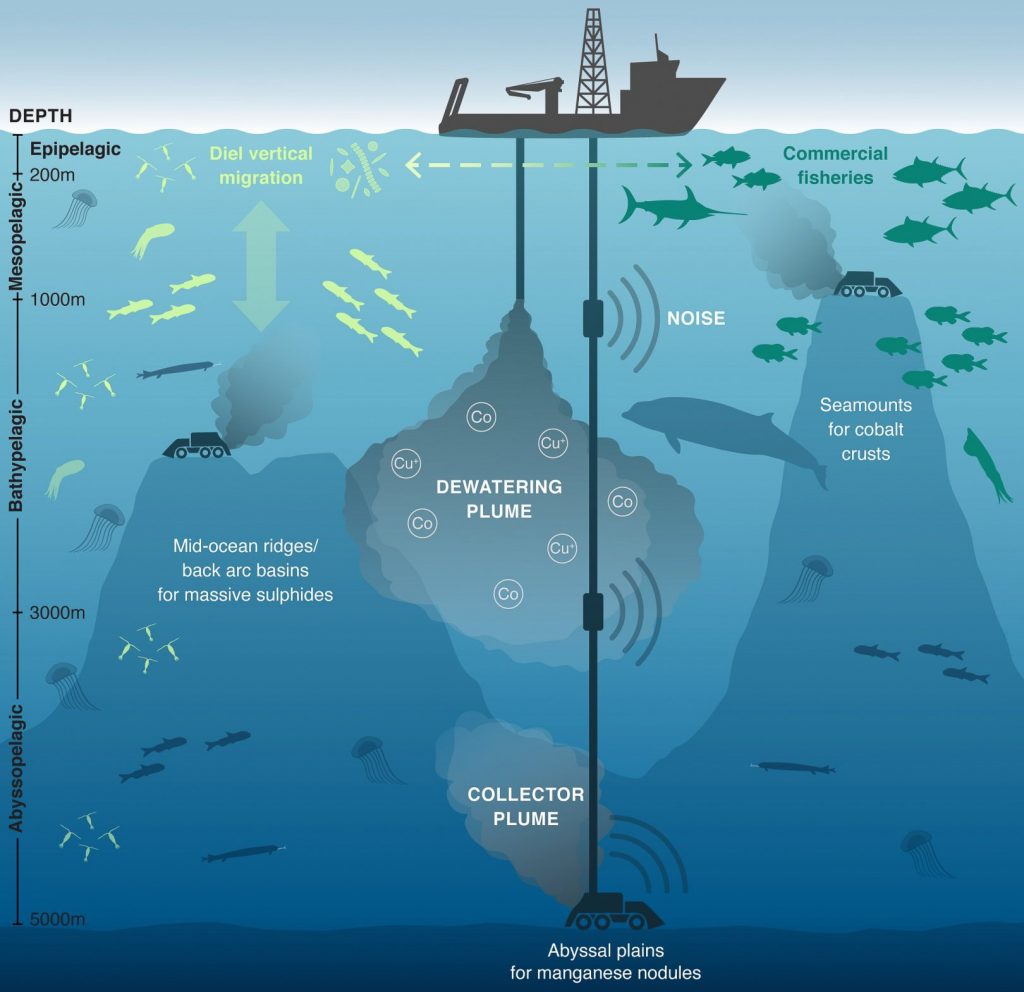 Manzanillo, Mexico, 16 November 2022 – Greenpeace activists from Mexico and Aotearoa (New Zealand) have peacefully confronted a deep sea mining ship off the coast of Manzanillo, México this afternoon as it returned to port from the Pacific. Activists protested in a kayak holding banners that read “Stop Deep Sea Mining”.

Greenpeace Aotearoa campaigner James Hita, onboard a small vessel off the Manzanillo coast, delivered a message of protest to the captain of the deep sea mining ship, Hidden Gem, via radio.

“We are here today because deep sea mining threatens the health of the ocean and the lives and livelihoods of all who depend on it. The ocean is home to over 50% of life on Earth and one of our biggest allies in fighting the climate crisis. We will not stand by while mining companies begin to plunder the seafloor for profit,” said Hita.

The ‘Hidden Gem’ drill ship, commissioned by Canadian miner The Metals Company, has just returned from eight weeks of test mining in the Clarion Clipperton Zone between México and Hawaii[1]. One of the biggest vessels of its type in the world, the ship has reportedly mined and lifted onboard 3,000 tonnes of polymetallic nodules from the seafloor in a trial that could pave the way for full-scale commercial mining[2].

Deep sea mining involves large machinery sucking up minerals from the deep and transferring them to mining ships, a process that produces a large sediment plume and which scientists fear could potentially smother ocean life, threaten people’s way of life, and add to the climate crisis[3]. To date, the governments of Palau, Samoa, Fiji, Micronesia, Chile, and New Zealand have all declared backing for a deep sea mining moratorium while Germany backs a ‘precautionary pause’ and French President Macron recently called for an outright ban at the latest session of COP27 in Egypt[4].

The Metals Company has said it plans to apply for a deep sea mining license in 2023 via the International Seabed Authority[5].

Aleira Lara, Campaigns Director at Greenpeace México, said: “The Clarion Clipperton Zone, where The Metals Company is conducting mining tests, is close to México. If deep sea mining is allowed on a commercial scale, it could have very dangerous implications for our country and the marine ecosystems around us. We are very concerned about this. The planet and communities are already suffering the consequences of the climate crisis and biodiversity loss. We do not need a new extractive industry that would only make things worse. For us, it is very important that our government sees these potential risks and positions itself as a regional and global leader against deep sea mining.”