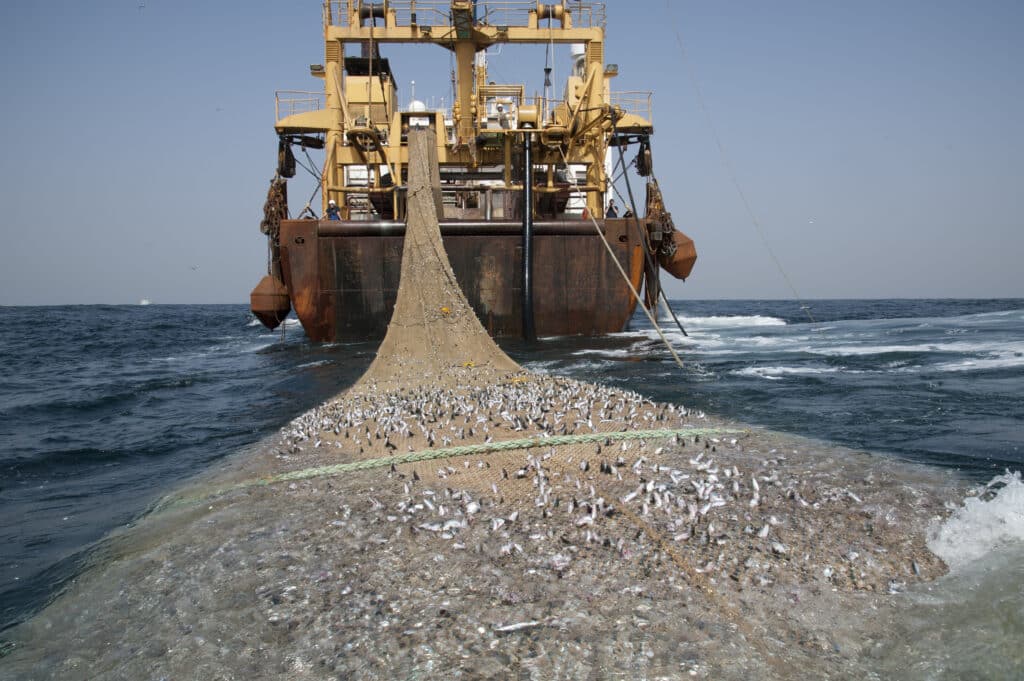 On the eve of the UN Biodiversity Conference (COP 15), the EU must prioritize the health of our ocean in its fight against the climate and biodiversity crises and accept that as part of this, a radical change of our fisheries is crucial.

Humanity is in the midst of an environmental emergency and faces an unprecedented challenge. Science has established that the window of opportunity to act on the climate and biodiversity crises is rapidly closing. If we continue in this trajectory, it will lead to an inevitable societal collapse.

With the anti-climactic ending of the United Nation Climate Change Conference (COP 27) now behind us, with no real action being committed to – we look forward to the UN Convention on Biological Diversity (COP15) in Montreal, Canada kicking off on the 7th of December. This is a unique opportunity to affirm that biodiversity, and in particular, the ocean’s biodiversity is an invaluable and underestimated tool for addressing climate change.

In this context, the European Union will come as a leader and promote its actions to tackle climate and biodiversity crises. Strong advocacy for global biodiversity should start by actually protecting nature in the EU and in particular addressing fisheries which is the main threat to marine biodiversity.

Europe’s seas are among the busiest in the world and are currently in a dismal state. Over the past decades, destructive fishing practices have contributed to the loss of much of the marine biodiversity needed to maintain healthy marine ecosystems. This has jeopardized the resilience of marine wildlife to the effects of climate change and significantly reduced the capacity of the ocean to act as carbon regulator.

Fishing contributes to the destruction of biodiversity by trawling carbon-rich seabed habitats, disrupting ecosystem functions by overfishing practices and extraction of fish above sustainable levels, depleting fish and shellfish populations and killing wildlife such as elasmobranchs, sea turtles, seabirds and marine mammals. All of this adds to the already significant greenhouse gas emissions from this fossil fuel dependent, energy inefficient, and fuel-subsidized industry.

Yet, blue carbon and healthy oceans are part of the climate solutions

The ocean covers 71% of the Earth’s surface, contains about 97% of the world’s water, generates half of the oxygen we need and is home to countless habitats and species. It is also the largest ‘carbon sink’ and a vital buffer against the effects of climate change. If left undisturbed, significant volumes of ‘blue carbon’ can remain stored in the marine environment for millennia, decreasing the volume of carbon in the atmosphere that contributes to climate change. Marine conservation and restoration can significantly enhance carbon sequestration, coastal protection, biodiversity, the reproductive capacity of marine organisms as well as fishers’ catch and income. However, most of these benefits can only be achieved in fully or highly protected areas1.

Marine Protected Areas (MPAs) greatly contribute to climate change mitigation and adaptation and could be a key tool for achieving the goals of the United Nations Sustainable Development Agenda and the Paris Climate Agreement if they were truly protected. Sadly, only around 10% of the surface of European seas have been designated as MPAs while less than 1% can be considered as fully protected and only 1,8% have management plan in place, meaning that harmful activities are allowed to continue despite legal protection in most MPAs. This is mainly due to the lack of political will from EU countries to protect them, and an ineffective Common Fisheries Policy that favours commercial fisheries interests over nature conservation requirements23.

Time is running out. We are in a race against time to restore our planet. If we want to give our ocean a chance to recover and play its important role of biodiversity and climate regulator, the EU must act rapidly to ensure its effective protection. The global targets for biodiversity and climate will be impossible to meet without restructuring the EU fisheries to address the impacts of fisheries.

The European Green Deal clearly stated the need to harness the great potential of the ocean. The EU Biodiversity Strategy 2030 included a commitment to develop an action plan by 2021 to conserve fisheries resources and protect marine ecosystems. This Action Plan is a unique opportunity to resolve the conflict between fisheries and environmental policies and pave the way for truly protected oceans in the EU but has been delayed for over a year despite the urgency and international momentum. In 2023, the EU will present an initiative to develop a long-term strategy for the energy transition of the sector.