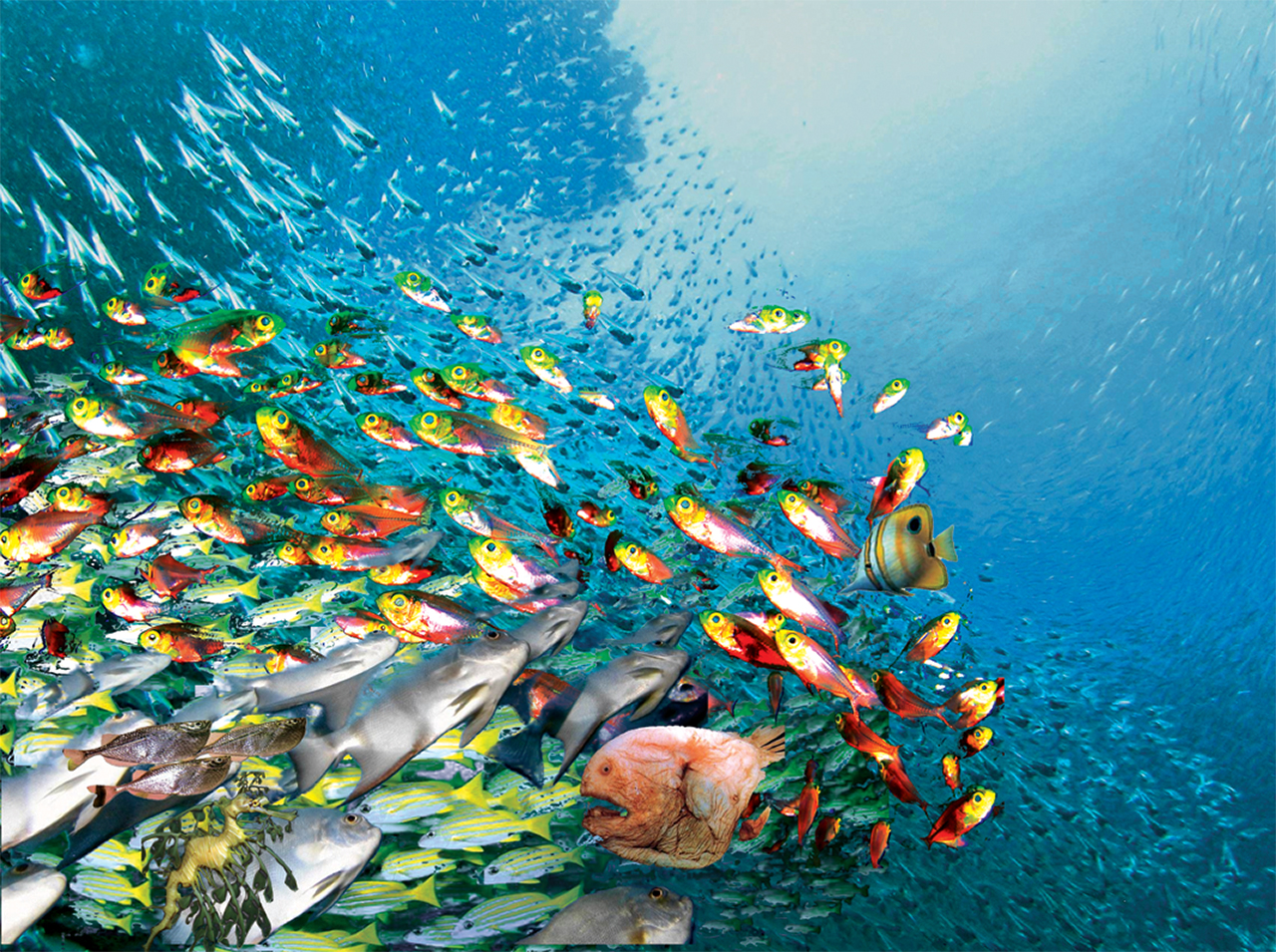 Ocean temperatures are steadily increasing worldwide due to rising greenhouse gas levels in the atmosphere. A significant impact has been a sharp decline in fish populations, which affects more than just our eating habits. The warming oceans threaten global ecosystems, economies, and our way of life.

Poor water quality from an overwhelming human presence has caused many disruptions in ocean food sources. Let’s explore the effects and determine what actions we can take to address the problem.

According to a study from the University of British Columbia, 82% of analyzed fish species are below population levels that can “produce maximum sustainable yields.” These species are being caught at rates exceeding their growth rate, causing their numbers to slowly dwindle. Of that 82%, 87 different species were categorized as “very bad,” with biomass levels 20% under the level needed to sustain maximum fishery catches. Warmer water temperatures caused by human greenhouse gas emissions are largely to blame.

However, some studies have also shown collective improvements in fish population numbers. One such analysis from the University of Washington in 2020 found that global fish populations have increased compared to two decades ago, showing that most stocks are above target levels. The study also found that many species are still at high risk and human activity continues to threaten marine ecosystems.

In addition, warming water and human pollution, including from sunscreen, have destroyed coral reefs and aquatic breeding grounds, which are essential for the survival of many marine species that we consume. Here are the most devastating consequences humans now face.

Seafood is a primary food source for many coastal communities around the world. A lack of fish means those people have a smaller food supply and nutrient-deficient diets.

For example, shellfish no longer can grow in their shells due to ionized and acidic water from excessive CO2 levels and pollution from coastal development. Popular saltwater fish species like tuna and grouper can’t grow and reproduce properly because warm water impairs crucial enzyme activity. Fish are less healthy overall because of the water conditions that humans have created, and some species are starving because species lower on the food chain are in decline.