International
A healthy coral reef with both hard corals and softer-bodied relatives at Chinchorro Reef in the Mexican Caribbean Sea. Credit: David Paz-Garcia 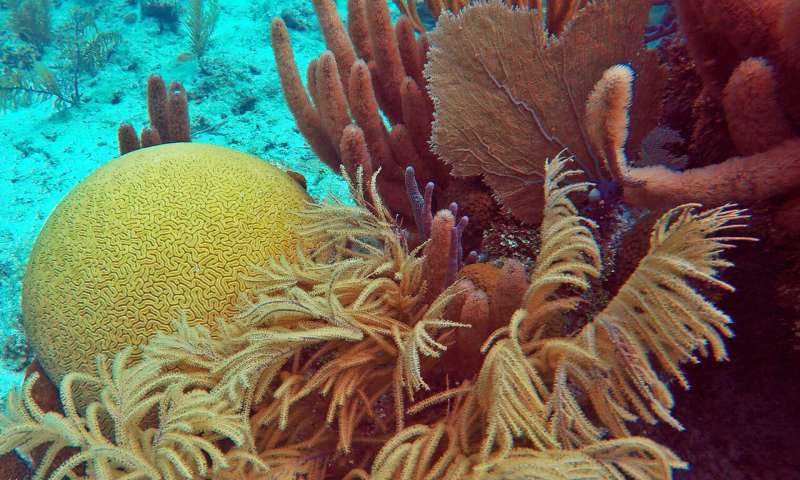 Changes in ocean chemistry and temperature have had a dramatic effect on the diversity of corals and sea anemones, according to a team of scientists who have traced their evolution through deep time.

A new study, published Aug. 31 in the journal Nature Ecology and Evolution, finds that reef-building corals emerged only when ocean conditions supported the construction of these creatures' stony skeletons, whereas diverse softer corals and sea anemones flourished at other times. Without a significant change to anthropogenic carbon emissions, the new findings present stark implications for the present and future of hard-bodied corals while suggesting a silver lining for the diversity of some of their softer-bodied relatives.

New genetic analyses show that corals, which together with sea anemones make up a class of animals known as anthozoans, have been on the planet for 770 million years. That is 250 million years before the earliest undisputed fossil evidence of their existence—and long enough to experience massive shifts in climate, fluctuations in ocean chemistry and several mass extinctions.