International
Crystals of calcite, like this one, may have been the “sunstones” of Viking legend that enabled these seafarers to successfully navigate lengthy voyages. ARNIEIN / WIKIMEDIA COMMONS (CC BY-SA 3.0) 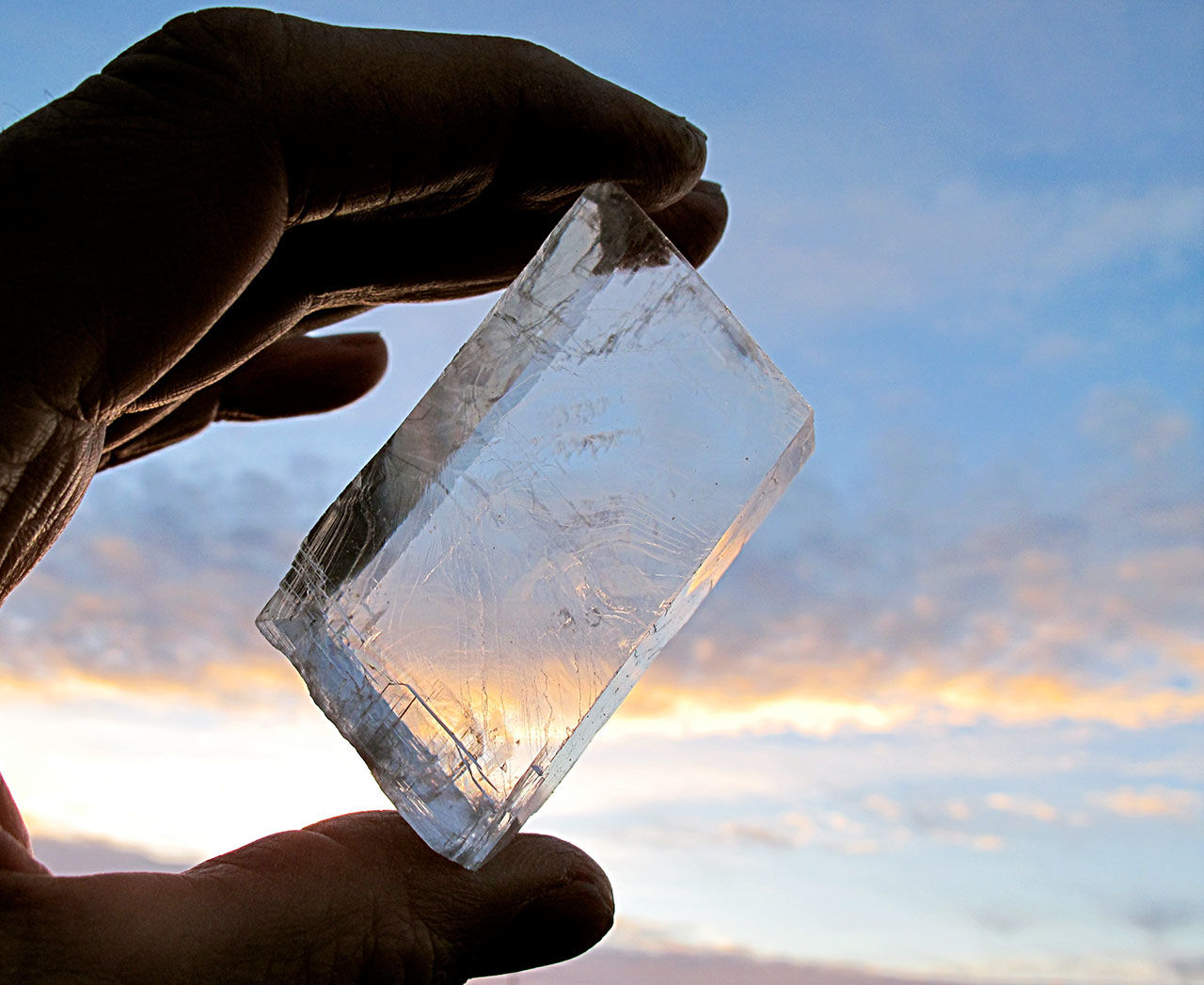 World - Viking Seafarers May Have Navigated With Legendary Crystals

For centuries, Viking seafarers ruled the North Atlantic, braving open seas peppered with icebergs to travel thousands of kilometers to their colonies in Iceland and Greenland—all without compasses.

How they performed such a feat, especially given the region’s heavy clouds and fog, has long puzzled scientists. Now, one group of researchers has an answer, based on computer simulations—and legendary crystals.

For decades, researchers have suggested that enigmatic “sunstones” mentioned in Viking tales such as “The Saga of King Olaf” were the key to navigating under less-than-sunny skies. The sunstones of legend could identify the sun’s location even if it was occluded by clouds; however, no such stones have been found in the handful of Viking shipwrecks that exist. “This is all speculation, really,” says Stephen Harding, a biochemist at the University of Nottingham in the United Kingdom who wasn’t involved in the new study. But he notes that possible evidence of sunstones exists—including a rough, whitish crystal found near other navigational aids in a 16th century English shipwreck. It’s not unreasonable, he adds, that English sailors learned navigational tricks from the Vikings, who plied the same waters and raided the British Isles centuries earlier.

Navigating with crystals isn’t necessarily New Age hooey. Several types of minerals—especially ultrapure crystals of calcite, cordierite, and tourmaline—can split a beam of sunlight to form two images, with polarized light taking a slightly different path than the main beam. By looking at the sky through such a crystal and then rotating it so the two images are equally bright, it’s possible to spot the rings of polarized light that surround the sun, even under cloudy skies. Identifying the sun’s location would give mariners a sure point of reference during long sea journeys.

But could such a technique work in practice? Previous studies suggest the answer is yes, says Gábor Horváth, a biophysicist at Eötvös Loránd University in Budapest. Now, he and university colleague Dénes Száz have built on those studies by incorporating the data into computer simulations of voyages between Bergen, Norway, and the Viking settlement of Hvarf, on Greenland’s southeastern coast. Such a voyage is a straight shot westward and would take about 3 weeks of daytime sailing at typical Viking ship speeds (which, for the uninformed, is about 11 kilometers per hour).