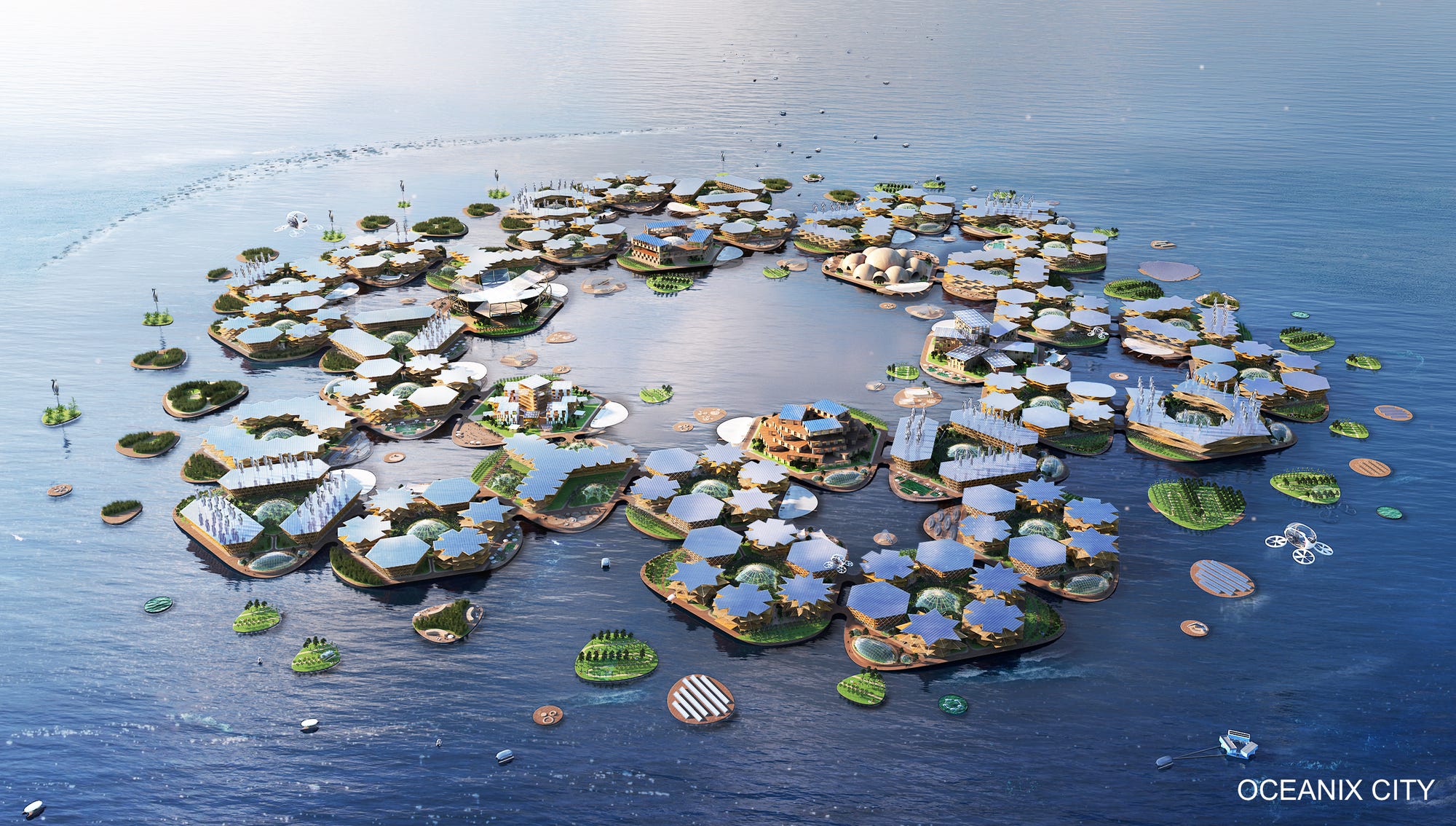 South Korea agreed to host a UN-backed floating city prototype on Thursday. The project's designers envision a flood-proof city that produces its own food and water. They expect to fully construct the prototype in Busan, a large port city, in 2025.

More than two years ago, a group of builders, engineers, and architects crowded around a table at the United Nations to discuss an ambitious concept: a floating city that could withstand natural disasters, including floods, tsunamis, and Category 5 hurricanes.

The idea wasn't entirely novel: Designers and developers have fantasized for decades about building artificial islands and metropolises on water. Even Homer envisioned a mythical floating city roughly 13 centuries ago.

But those visions were notoriously hard to advance — often because local governments wouldn't sign off on the proposals, citing concerns that there were better uses for the land.

The UN-backed project cleared that hurdle Thursday, when the city of Busan, South Korea, agreed to host a floating city in collaboration with the project's designer, OCEANIX, and the UN Human Settlement Programme (UN-Habitat). Like many coastal cities, Busan is threatened by rising sea levels.

"It just happened that Busan is the best place for us to deploy this prototype," Itai Madamombe, co-founder of OCEANIX, told Insider. "But this is something that we hope will be useful to all coastal cities around the world, and all coastal communities who are facing the challenge of sea level rise."

The flood-proof city could be completed by 2025

OCEANIX's floating city is essentially a collection of hexagonal platforms perched atop the water.

Hexagons are widely considered among the most efficient architectural shapes: They allow builders to conserve both space and material. Picture the orderly inside of a beehive — essentially a web of interlocked hexagons.

The city's platforms would be bolstered by a limestone coating two to three times harder than concrete, but still buoyant. The material is created by exposing underwater minerals to an electric current. In the presence of that current, it becomes stronger with time and can repair itself, allowing it to withstand harsh weather conditions.