Caribbean
A satellite image of the state of play Thursday across the tropics. / NASA 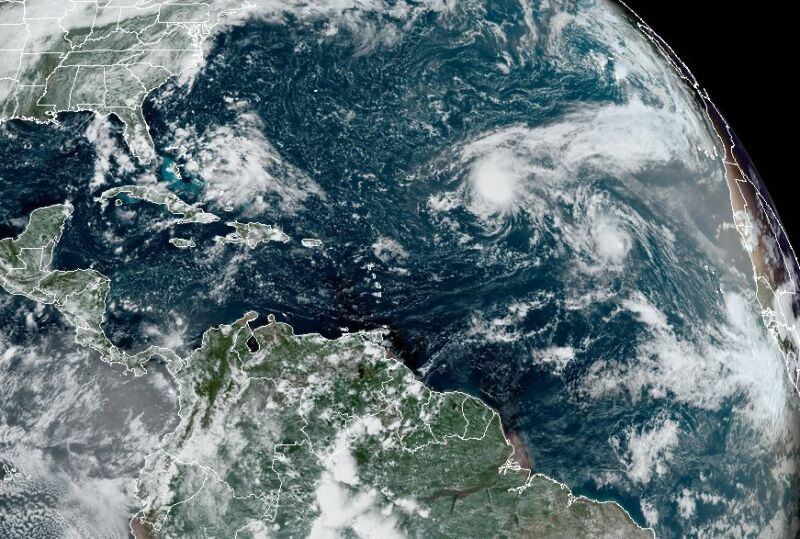 World - TROPICAL TERROR — It’s the peak of the Atlantic hurricane season, and the tropics are bonkers

The historical peak of the Atlantic hurricane season—the point at which, climatologically speaking, the most activity takes place—is today. And this being 2020, the Atlantic tropics are not wanting in vim and vigor.

The latest outlook from the National Hurricane Center shows two active named systems in the Atlantic: tropical storms Paulette and Rene. Although both of these storms should turn north well short of the continental United States, there is some concern about Paulette reaching Bermuda as a Category 1 hurricane by early next week.

Looking beyond these two storms reveals no fewer than four "areas of interest" to watch on the hurricane map.

Two of these are close to the United States: one feature lies in the northern Gulf of Mexico (with a 20 percent chance of becoming a tropical depression or storm over the next five days), and the second should cross Florida into the Gulf this weekend (40 percent chance). Generally, forecast models are not overly bullish on these storms developing into strong tropical storms or hurricanes, but they could bring some heavy rain to much of the Gulf Coast over the next week.