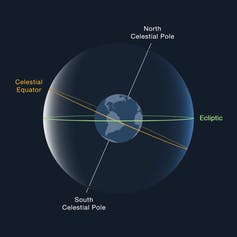 World - This supermoon has a twist – expect flooding, but a lunar cycle is masking effects of sea level rise

A “super full moon” is coming on April 27, 2021, and coastal cities like Miami know that means one thing: a heightened risk of tidal flooding.

Exceptionally high tides are common when the moon is closest to the Earth, known as perigee, and when it’s either full or new. In the case of what’s informally known as a super full moon, it’s both full and at perigee.

But something else is going on with the way the moon orbits the Earth that people should be aware of. It’s called the lunar nodal cycle, and it’s presently hiding a looming risk that can’t be ignored.

Right now, we’re in the phase of an 18.6-year lunar cycle that lessens the moon’s influence on the oceans. The result can make it seem like the coastal flooding risk has leveled off, and that can make sea level rise less obvious.