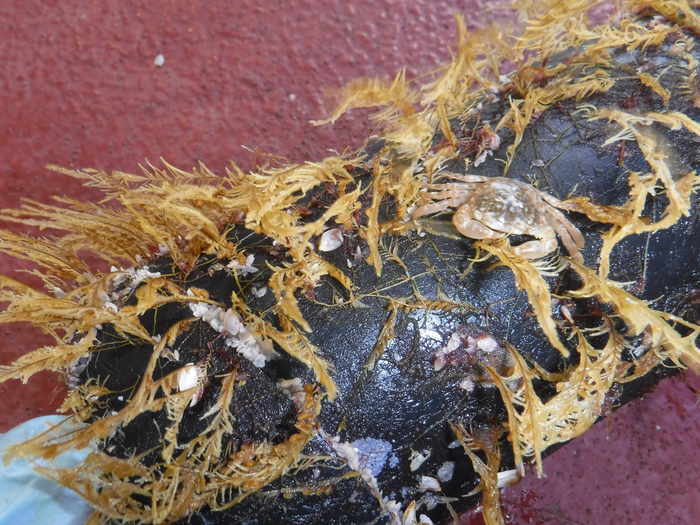 World - There's so much plastic floating on the ocean surface, it's spawning new marine communities

The North Pacific Subtropical Gyre, otherwise known as the "Great Pacific Garbage Patch," is considered the world's largest accumulation of ocean plastic. It's so massive, in fact, that researchers found it has been colonized by species — hundreds of miles away from their natural home.

The research, published in the journal Nature on Thursday, found that species usually confined to coastal areas — including crabs, mussels and barnacles — have latched onto, and unexpectedly survived on, massive patches of ocean plastic.

Coastal species such as these were once thought incapable of surviving on the high seas for long periods of time. Only oceanic neuston, organisms that float or swim just below the ocean surface, have historically been found near these patches, as they thrive in open ocean.

But the mingling of the neuston and coastal species is "likely recent," researchers said, and was caused largely because of the accumulation of "long-lived plastic rafts" that have been growing since the middle of the 20th century.

Just by itself, the Great Pacific Garbage Patch, located between California and Hawai'i, is estimated to have at least 79,000 tons of plastic within a 1.6 million-square-kilometer area, according to research published in 2018. There are at least four other similar patches throughout the world's oceans. And the accumulation of ocean plastic is only anticipated to get worse.

US Is World's Worst Plastic Polluter, Generating More Than The Whole EU  IFLScience

Researchers expect that plastic waste is going to "exponentially increase," and by 2050, there will be 25,000 million metric tons of plastic waste.

This new community, researchers said, "presents a paradigm shift" in the understanding of marine biogeography.

"The open ocean has long been considered a physical and biological barrier for dispersal of most coastal marine species, creating geographic boundaries and limiting distributions," researchers said. "This situation no longer appears to be the case, as suitable habitat now exists in the open ocean and coastal organisms can both survive at sea for years and reproduce, leading to self-sustaining coastal communities on the high seas."

For lead author Linsey Haram, the research shows that physical harm to larger marine species should not be the only concern when it comes to pollution and plastic waste.