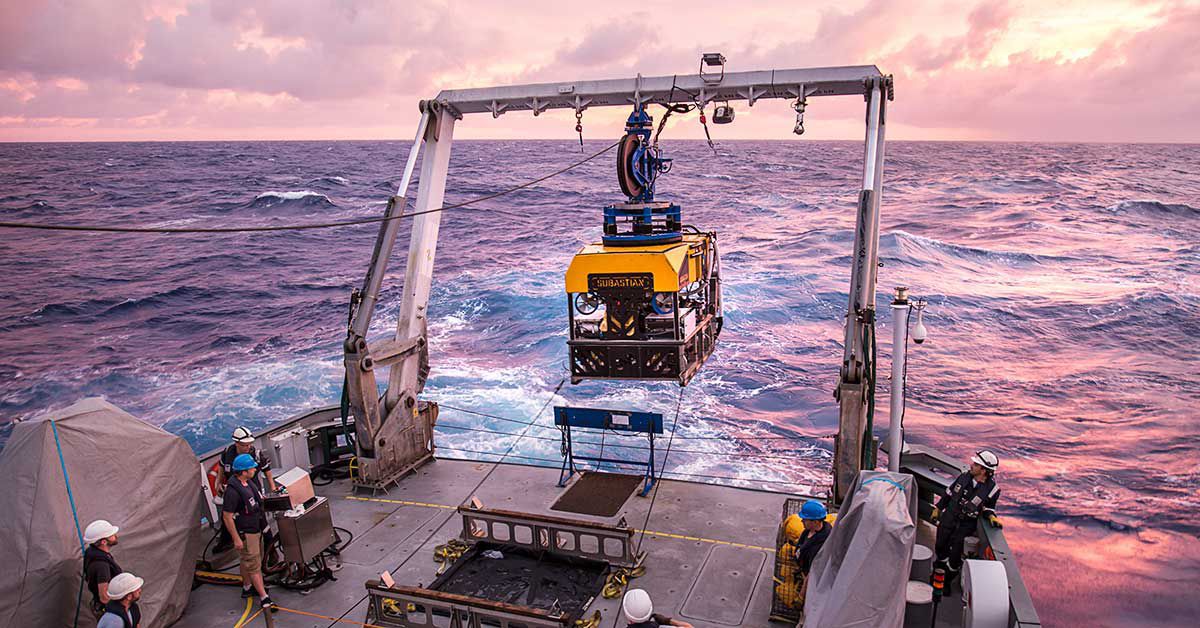 From the discovery of a giant coral reef pinnacle to a shocking estimate of plastics on the seafloor, these were the biggest marine moments of the year

The year in ocean news was filled with stories that inspired awe and wonder, including one on the discovery of new species of squid and another on a broken underwater record set by a whale. But more sobering events also occurred, including a shipwreck that caused a devastating oil spill in the Indian Ocean. And scientists exploring the deep made key finds, such as a spiraled gelatinous creature that may be the biggest animal on the planet. In order to remind you of the biggest saltwater moments of the past 12 months, the National Museum of Natural History’s Ocean Portal team has rounded up the ten biggest ocean stories.

In July, a Japanese tanker ran aground on a coral reef off the coast of Mauritius and an estimated quarter of the ship’s 4,000 tons of heavy bunker oil leaked into the surrounding ocean. Though the spill wasn’t one of the biggest in recent years, it made headlines because it occurred in a sensitive hotspot of biodiversity. The oil entered two UNESCO Ramsar sites, wetlands of international importance, including the Blue Bay Marine Park reserve that forms the basis of Mauritius’ tourist-based economy. The coral reefs, mangrove forests and seagrass beds in the affected area will all likely suffer significant damage, including species die offs and chronic health issues. Residents of all ages took it upon themselves to help steer the oil away from shore by building booms made of clothing, plastic bottles and sugar cane leaves. The tanker’s company aims to complete oil cleanup by January, but as seen in other notorious spills, the damage to the ecosystem will likely continue for many years.‍

An invisibility cloak may seem like a disguise suitable for only science fiction or fantasy, but a few deep sea fishes get close to the real thing. Smithsonian and Duke University scientists found ultra-black fishes—like the Pacific blackdragon, the anglerfish and the black swallower—have a special arrangement of black pigments within their skin that absorb at least 99.5 percent of light.