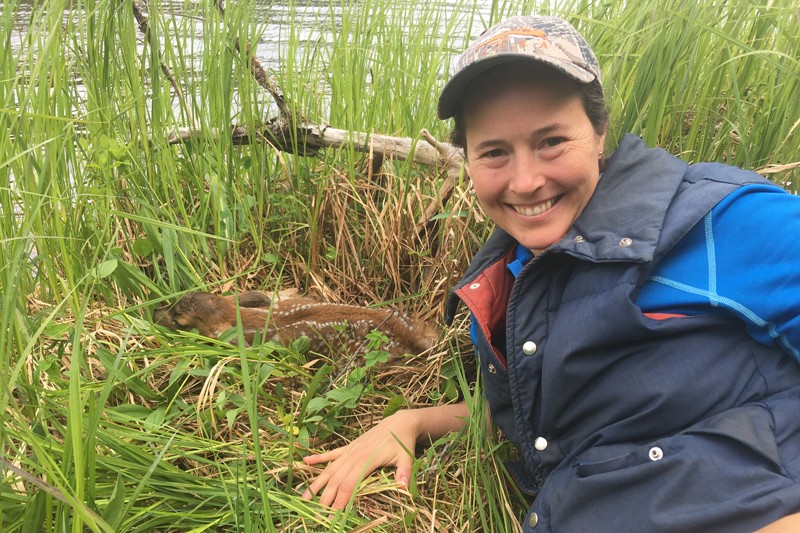 World - The scientists who switched focus to fight climate change

Four researchers describe how they found different ways of responding to the planet’s biggest threat — from quitting tenure to overhauling their academic programme.

It was during a car journey to California in temperatures sometimes exceeding 40 °C that Sophie Gilbert decided she needed to make a major career change.

Driving to visit family from her home in Moscow, Idaho, she passed columns of wildfire smoke, the oppressive heat limiting the time she could spend out of her air-conditioned car. The two-day drive midway through last year helped to crystallize a feeling that she urgently needed to do something more concrete to help deal with the threat of climate change.

“It hit at a gut level,” says Gilbert. “Climate change isn’t something that’s going to happen to someone else later on. It felt deeply, viscerally real for me and my family and what I care about.”

Given her role as a wildlife ecologist at the University of Idaho in Moscow, it might seem that Gilbert was already well placed to have a positive impact on climate change. But the slow, incremental pace of academia, and the difficulty of getting policymakers to act on her findings, left her feeling that she was not making as much of a difference as she’d hoped.

“I’ve been studying how wildlife responds to environmental change to inform conservation planning for 15 years now, researching and publishing and waiting for something to happen and then having it not happen, even when I’ve worked closely with wildlife and land-management agencies,” she says. “The system just isn’t designed to respond to the urgent challenges we’re facing,” she says.

Gilbert took stock of her skills and knowledge, and how they could be put to use, settling on nature-based solutions such as forest-carbon storage and biodiversity. She made a shortlist of companies and non-governmental organizations (NGOs) doing that kind of work and started contacting them to discuss her options.

Giving up the security and freedom that tenure offers was a big step, but Gilbert says that the hardest part of the decision was actually breaking the news to her graduate students, whose reactions ranged from anger, to understanding, to some combination of the two. “There’s a lot of mentoring and mutual responsibility there, so telling them and helping them through the process of finding a new adviser has been by far the most emotionally gruelling part,” she says.