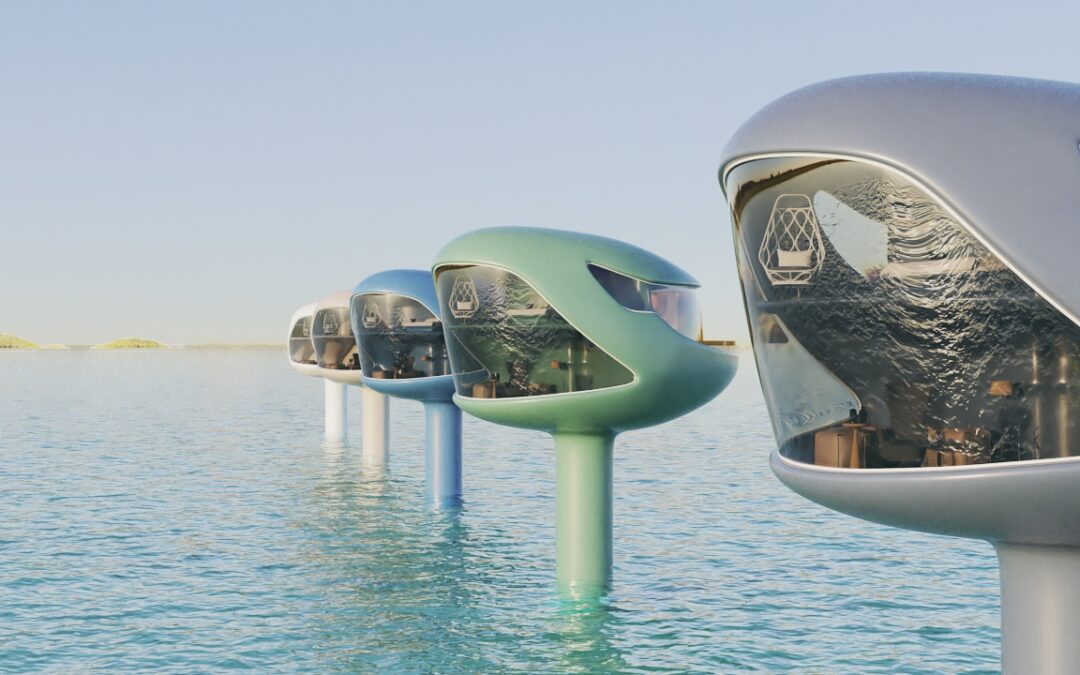 World - The Quest for a Floating Utopia

Can casting away from established society to inhabit sea-based colonies save us from the problems of modern life—or are we bound to repeat our mistakes?

Here, it seems, is where utopia will begin: in a dusty, oversized garage. The place has a distinct chemical odor, unmistakably synthetic. It holds a few scattered shelves and tables, and, laid on its side, one barrel of resin—the source of the stink. Otherwise, this room in northern Panama, separated from the sea by a dirt parking lot and thin band of jungle, is empty, awaiting Chad Elwartowski’s dreams.

Elwartowski is dressed, per his trademark style, in a Hawaiian shirt, a look that seems to convert his every setting into cheerful paradise. Affable, clean-shaven, and still boyish at 47, he is one of the most devoted members of a strange global tribe: seasteaders, as they call themselves, believe the answer to some of life’s most pressing problems is to build new cities on the ocean. Global poverty, health crises, environmental challenges: these issues might all be fixed out there, along Earth’s last (mostly) unclaimed frontier. According to seasteading logic, the current crop of land-based governments is not serving the world—and by breaking away and starting afresh, we might build a better society.

Elwartowski, a US expat, calls himself the world’s first seasteader. He lived briefly in a pod off the coast of Thailand in 2019, though when he raised the ire of that country’s navy, he fled, becoming an international fugitive. Undeterred, he’s resettled in Panama, ready to try again. Ocean Builders, the company he helped found, plans to set 20 high-tech homes afloat here in an undeveloped bay.

I understand the appeal. I’ve always been drawn to wild, empty spaces, even more so in recent years, as tech companies have learned to track our every movement, as nationalist leaders have pushed democracies to the breaking point, as climate change has battered the globe—and the open ocean seems the wildest and emptiest place I might reasonably reach. But this instinct to flee to the wild worries me, too. It’s inspired by a love of nature, sure, but when I’m honest, I have to admit I’ve also bought into an old American frontier fairy tale—one that aggrandizes white American men like me. Like many fairy tales, the frontier story has a darker version, a too-true history of bloodshed, dispossession, greed. Can seasteading become a better form of pioneering, or is it bound to be a repeat of the same dark tale?