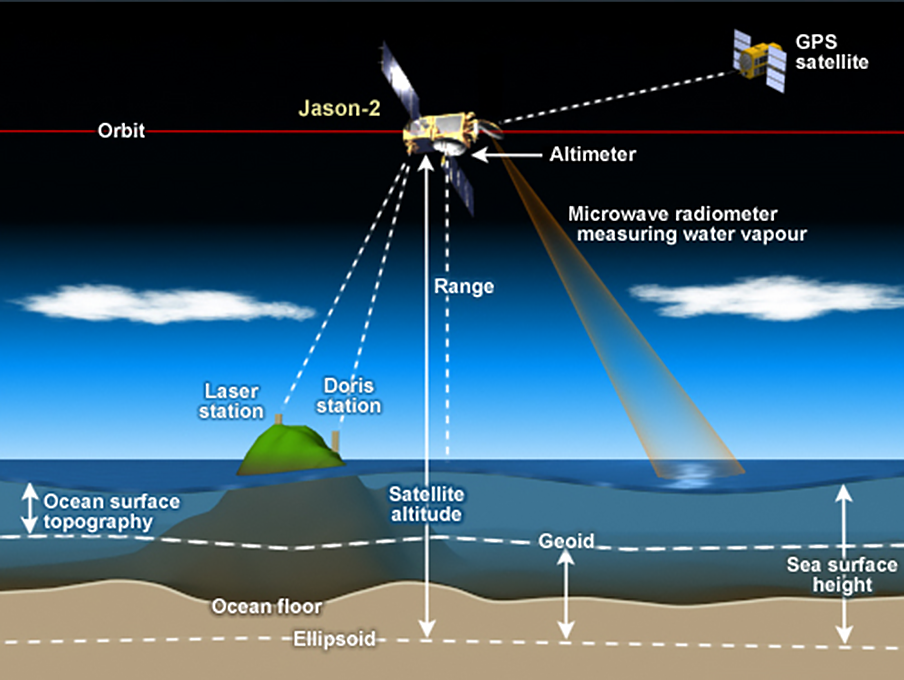 Knowing the precise location of a satellite in space is critical for determining sea surface height and, through this, the rate of global mean sea level rise.

For more than 28 years, a series of satellite ocean altimetry missions has compiled a record of sea surface height using the same global observational ground track. Starting with the Topographic Experiment (TOPEX)/Poseidon mission (operational 1992 to 2006) and continuing with the Jason-1, Ocean Surface Topography Mission (OSTM)/Jason-2, and Jason-3 series of satellites (operational 2001 to present), this consistent ocean altimetry data record continues with the launch of the Sentinel-6 Michael Freilich satellite. The result will be a more than 30-year time-series of satellite-acquired sea surface height data.

Sea level change, and the rate of this change, is derived from calculations of sea surface height. By averaging the hundreds of thousands of satellite-collected altimetry measurements acquired over the same orbital track by TOPEX/Poseidon, the Jason series of satellites, and, now, Sentinel-6 Michael Freilich, global mean sea level can be determined with a precision of several millimeters along with its change over time.

“Sea surface height is telling you what the height of the water column is,” explains Jessica Hausman, support scientist for NASA’s Physical Oceanography Program. “There are a lot of factors that influence sea level change. You have water inputs from land, from glaciers, you have thermal expansion, and you have changes caused by differences in salt concentrations.”