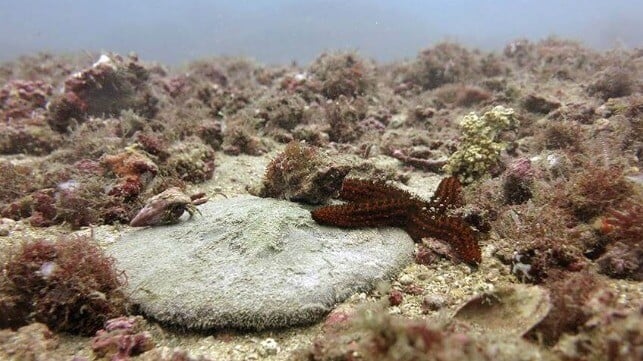 You might not have heard of the Blue Amazon, but it’s the part of the ocean owned by Brazil. Otherwise known as Brazil’s exclusive economic zone (EEZ), it covers an area of 3.6 million square kilometers, equivalent to half of the Amazon rainforest.

Much like the Amazon itself, it is abundant in natural and mineral wealth, and this has aroused great interest in Brazil, given the country’s special rights to such resources within its EEZ.

Beyond the EEZ, there is also ever-intensifying attention – and ongoing negotiations – on deep-sea mining in international waters. Brazil wants to expand its jurisdiction to explore for and potentially exploit minerals beyond the confines of its Atlantic coastline. But experts warn that, given the lack of studies and specific legislation currently in place, such activities could cause serious damage to the ocean environment.

Which substances are found in the Blue Amazon?

Phosphate, ilmenite, potassium salts, rock salts, and even coal. Applications have been made to the government for exploring and exploiting these and other minerals and deposits in the Blue Amazon.

A large number of requests have also been made for reclaiming sand and limestone rock from the seabed.

Brazil’s National Mining Agency (ANM) has recorded 765 active requests to mine in the country’s marine area. Cumulatively, these cover more than 10,000 square kilometers. More than 70% of the requests have been made since 2010, 398 have authorization for research, 44 are awaiting permission to begin mining and 50 have already obtained the concession. Another 268 are in the initial stage of requesting research, and five are open to prospecting requests.

What is already being explored and by whom?

The ANM has already authorized the extraction of two substances in Brazil’s coastal marine system: sand and limestone. No concessions have yet been granted for phosphate – the substance of greatest interest to the mining sector in the Brazilian EEZ – but there are 279 open requests covering a total of 5,310 square kilometers, submitted by 20 companies or individuals. Phosphate is a key material for the production of fertilizers, as well as many daily products including foods, cosmetics and electronics.

Currently, only two companies produce limestone of marine origin in Brazil. It can be used in the production of fertilizers and animal feed, as well as for shrimp aquaculture, water treatment and vitamin and mineral supplements, according to the ANM.

The São Paulo-headquartered company Oceana Minerals was granted six mining concessions in 2010, covering 11,100 hectares off the coast of the northern state of Maranhão. Meanwhile, in 2013 PrimaSea was authorized to explore for limestone in five concessions totaling just under 50 square kilometers off Bahia state, on Brazil’s eastern coast. The Bahia-based company uses the mined limestone for the manufacture of cement.

What are the risks of mining the Blue Amazon?

According to the ANM, “the current legislation that regulates mineral research and mining in Brazil does not make any distinction between submarine and terrestrial areas.”

Without ocean-specific regulation, mining activity could lead to the collapse of marine coastal ecosystems, warns Paulo Horta, a marine biologist and professor at the Federal University of Santa Catarina: “We will produce commodities that are useful for agriculture and other economic spheres, but we will compromise the functioning of the ocean system, which is a carbon sink.”

Horta highlights the disturbance extractive activities can bring upon so-called “blue carbon” ecosystems that have captured vast amounts of emissions. “The ocean has absorbed approximately 25% of the carbon we have emitted since the Industrial Revolution. By mining, we release what has already been stored and undermine the ocean’s ability to continue to store it.”

According to Horta, one of the major risks of marine mining is the dispersion of soil sediments, or plumes, which can harm important ecosystems, like the rhodolith bank that stretches 231,000 square kilometers from Santa Catarina, in southern Brazil, to the mouth of the Amazon River, between Amapá and Pará states in the country’s north.

Coveted for the production of fertilizers, rhodoliths are calcium carbonate-rich algae essential in the formation of reefs, and are great accumulators of carbon. The rhodolith beds of this Atlantic bank have reportedly been targeted by the Brazilian government for extraction.

Horta adds that plumes could reduce the productive capacity of this rhodolith bank by 70%. “It’s a very serious scenario, because many of the more than 700 applications are for shallow areas. But even those that are in deep waters produce plumes that can disperse for tens or hundreds of kilometers.”

Furthermore, the scientist says, extractive activities and the disturbances they cause would put at risk the livelihoods of thousands of families that live off fishing, tourism and mariculture in Brazilian waters.

Are there alternatives to mining these resources?

Horta advocates solutions based on the regenerative economy. Instead of depleting certain natural resources, a lower impact alternative to marine mining is regenerative ocean farming of seaweed. This approach enables the cultivation of algae in marine environments that can be used for the production of biofertilizers, and brings a range of environmental and social co-benefits.