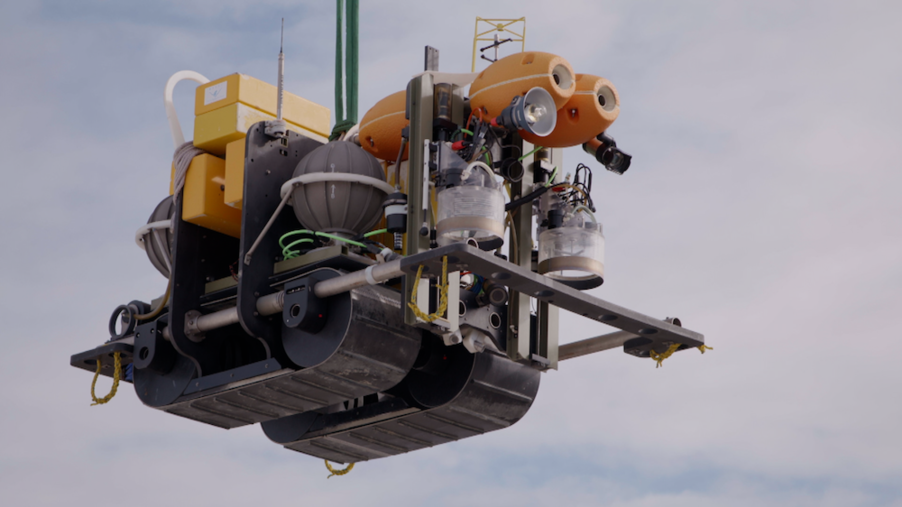 Someone please send it some friends!

It’s been famously said that we know more about the solar system than we do about our own oceans, and that’s true by many objective measures. We specifically have a poor understanding of the carbon cycle of the deep oceans, something which is increasingly important under the continued impact of anthropogenic climate change.

Station M, a name which conjures images of science fiction heroics happening in the deep, is an observation station in the northeast Pacific where scientists are in the process of an ongoing time series study of the oceanic carbon cycle.

That study previously relied on periodic measurements of marine snow (organic materials including dead plants and animals, as well as animal waste) and sequestered carbon in marine soil on the seafloor, but over the last several years it’s gained a new tool allowing it to acquire more robust and more complete measurements in the shape of an adorable little rover known as Benthic Rover II (BR-II)

The rover operates at a depth of 4,000 meters below the surface and remains submerged for a year at a time, where it takes continuous measurements of oxygen concentration and consumption. The first couple years had a series of drawbacks as researchers overcame hurdles in the rover’s operations, but for the last five years it has operated almost non-stop measuring the deep waters of the Pacific.

Crissy Huffard, senior research specialist and Alana Sherman, electrical engineer, both at the Monterey Bay Aquarium Research Institute, along with their colleagues, have been working with BR-II for more than five years, unraveling the secrets of how carbon makes its way into and out of deep waters.

“One of the big questions is how much carbon makes it into the deep sea where it might be sequestered away from the atmosphere, and what happens to it once it gets there. We can’t just assume that it all makes it magically into the sediments for long-term storage, so the rover has helped us fill in one of the really important pieces of that puzzle, which is how much gets consumed by sea-floor communities down there,” Huffard told SYFY WIRE.