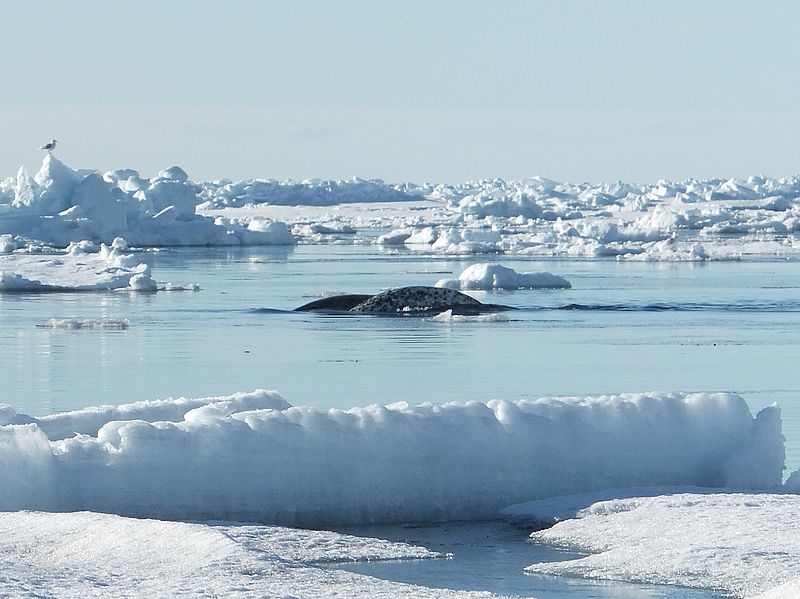 From the outside, the narwhal's unicorn-like tusk is a striking curiosity. On the inside, this long protruding tooth contains an entire life history of the marine mammal's migration and meals, from its first breath to its last.

Peeling back each of these growth layers, researchers have now read the rings of 10 narwhal tusks from northwest Greenland.

"It is unique that a single animal in this way can contribute with a 50-year long-term series of data," says marine mammal researcher Rune Dietz from Aarhus University, Denmark.

Consistent data over half a century is very rare and provides an invaluable glimpse at how this particular species of toothed whale is coping under rapidly changing conditions.

Today, scientists know very little about narwhals. Much of their lives are spent under huge slabs of ice in the remote Arctic. No one can even agree why narwhal tusks exist in the first place – yet exist they do, sometimes growing up to 3 meters (9.8 feet) in length.

As males (and a few females) age, their upper left canine begins to extend outwards in a spiral, ultimately piercing their upper lip. Some experts think males use this elongated tooth to impress females or to mark their territory, at times crossing 'swords' with another.

Footage from a few years ago reveals these pointy teeth are also used to hunt fish by hitting and stunning them. The sensitive tooth can even be used as a 'bio sonar', allowing the species to navigate the darker depths of the ocean.

Today, with climate change, the Arctic is warming much faster than the rest of the world, and narwhals are considered the region's most vulnerable marine mammals, and, it turns out, historically valuable.