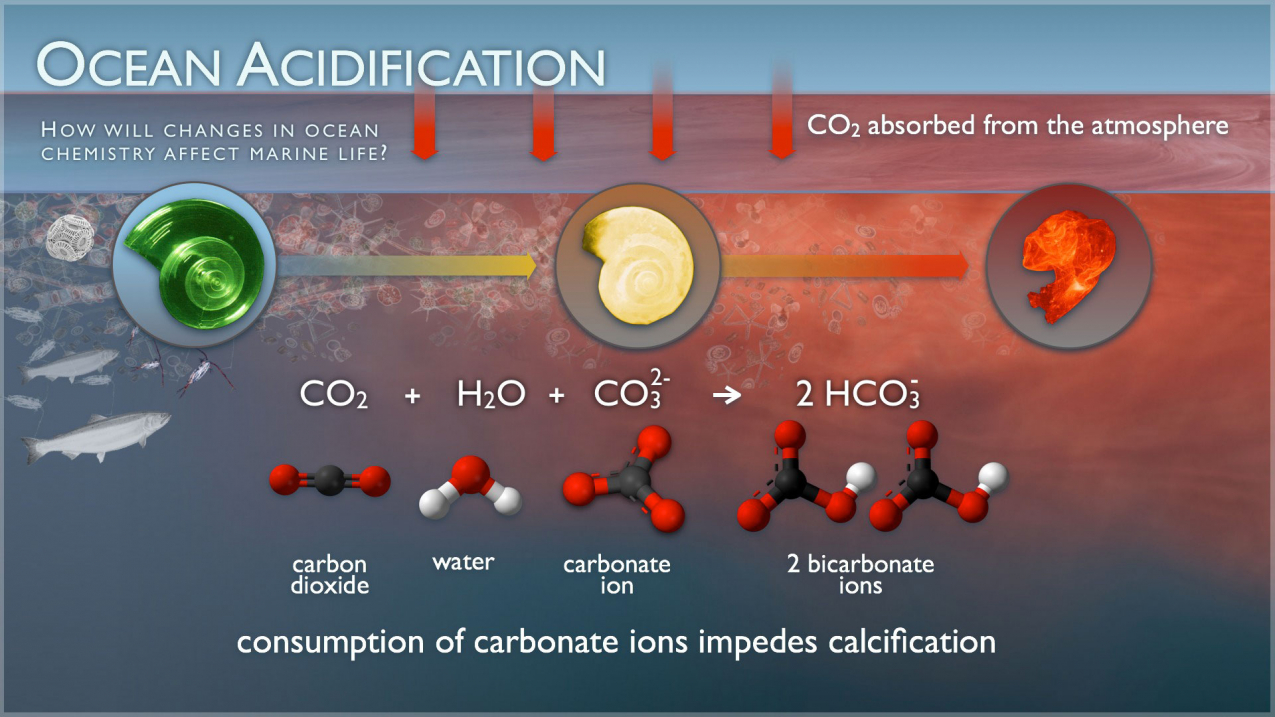 In the 200-plus years since the industrial revolution began, the concentration of carbon dioxide (CO2) in the atmosphere has increased due to human actions. During this time, the pH of surface ocean waters has fallen by 0.1 pH units. This might not sound like much, but the pH scale is logarithmic, so this change represents approximately a 30 percent increase in acidity.

Ocean acidification (OA) is a major threat to marine calcifying organisms. This manuscript gives an overview of the physiological effects of acidification on reef-building corals from a cellular to population scale. In addition, we present the first review of the indirect effects resulting from altered species interactions. We find that the direct effects of acidification are more consistently negative at larger spatial scales, suggesting an accumulation of sub-lethal physiological effects can result in notable changes at a population and an ecosystem level.

We identify that the indirect effects of acidification also have the potential to contribute to declines in coral cover under future acidified conditions. Of particular concern for reef persistence are declines in the abundance of crustose coralline algae which can result in loss of stable substrate and settlement cues for corals, potentially compounding the direct negative effects on coral recruitment rates. In addition, an increase in the abundance of bioeroders and bioerosive capacity may compound declines in calcification and result in a shift towards net dissolution.

There are significant knowledge gaps around many indirect effects, including changes in herbivory and associated coral–macroalgal interactions, and changes in habitat provision of corals to fish, invertebrates and plankton, and the impact of changes to these interactions for both individual corals and reef biodiversity as structural complexity declines.

This research highlights the potential of indirect effects to contribute to alterations in reef ecosystem functions and processes. Such knowledge will be critical for scaling-up the impacts of OA from individual corals to reef ecosystems and for understanding the effects of OA on reef-dependent human societies.