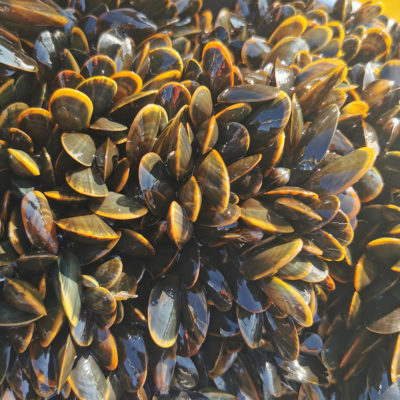 Mussels are an important global commodity, which are cultivated in North and South America, Asia, Europe and Australasia. They are important as a human food, can be turned into a valuable omega-3 extract, or an ingredient in fish feed, and are also used in animal feed, particularly in China.

Several different species of mussels are farmed. Thailand and the Philippines are the main producers of the green mussel (Perna viridis); Mytilus chilensis, the Chilean blue mussel, is grown in Chile; the Mediterranean mussel (Mytilus galloprovincialis) is found in Spain, France, Greece and Italy; Mytilus edulis, also known as the blue mussel, is produced in northern European countries such as the UK, Ireland, the Atlantic coast of France, Denmark and Norway; New Zealand grows the green-lipped mussel (Perna canaliculus); and the Koreans produce Mytilus coruscus.