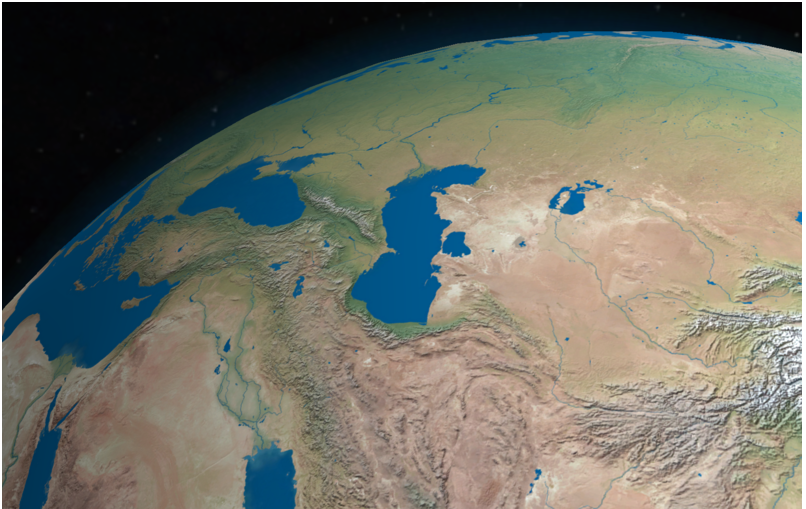 World - The Caspian Sea Is Set to Fall by 30 Feet

Imagine you are on the coast, looking out to sea. In front of you lies 100 meters of barren sand that looks like a beach at low tide with gentle waves beyond. And yet there are no tides.

This is what we found when we visited the small harbour of Liman, on the Caspian Sea coast of Azerbaijan. The Caspian is actually a lake, the largest in the world, and it is experiencing a devastating decline in its water level that is about to accelerate. By the end of the century the Caspian Sea will be nine meters (30 feet) to 18 meters (60 feet) lower. That’s a depth considerably taller than most houses.

It means the lake will lose at least 25 percent of its former size, uncovering 93,000 square kilometers of dry land. If that new land were a country, it would be the size of Portugal.

As we found in our new research, the crisis may well result in an ecocide as devastating as the one in the Aral Sea, a few hundred kilometers to the east. The Caspian’s surface is already dropping by seven centimeters every year, a trend likely to increase. In five years it might be about 40 centimeters lower than today and in ten years almost one meter lower. Maritime countries worldwide are coming to terms with one meter or so of sea level rise by the end of the century. The Caspian Sea faces a drop of that size – except it will happen within a decade.

Climate change is the culprit. The Caspian Sea waters are isolated, its surface is already around 28 meters below global oceans. Its level is the product of how much water is flowing in from rivers, mostly the mighty Volga to the north, how much it rains, and how much evaporates away.