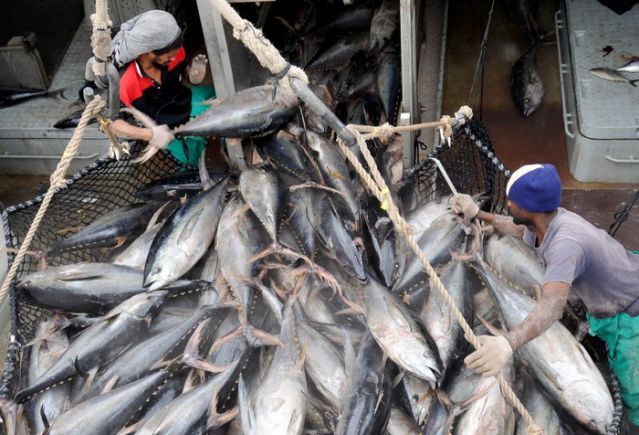 (Reuters) - Representatives of 30 nations meet on Tuesday to seek ways to save fast-depleting tuna stocks in the Indian Ocean as demand in Asia and the West soars for sushi and tinned fish.

Environmentalists say the warm water species is at risk of depletion as over-fishing compounds other threats from climate change and pollution.

There is corporate concern too: British supermarkets Tesco and Co-op and Belgian retailer Colruyt pledged last year to stop buying Indian Ocean yellowfin unless the U.N.-mandated commission adopts a plan to rebuild stocks.

The International Union for Conservation of Nature has for nearly a decade had the species on its “Red List”.

Yet the total global catch has risen by about a third, to nearly 450,000 metric tons annually, according to the London-based Blue Marine Foundation advocacy group.

It estimates yellowfin tuna stocks could “collapse” - meaning they would go beyond the minimum size needed for recovery - within the next five years if the catch is not cut.