International
Smartfins are helping scientists to track ocean temperatures around the world. via Smartfin 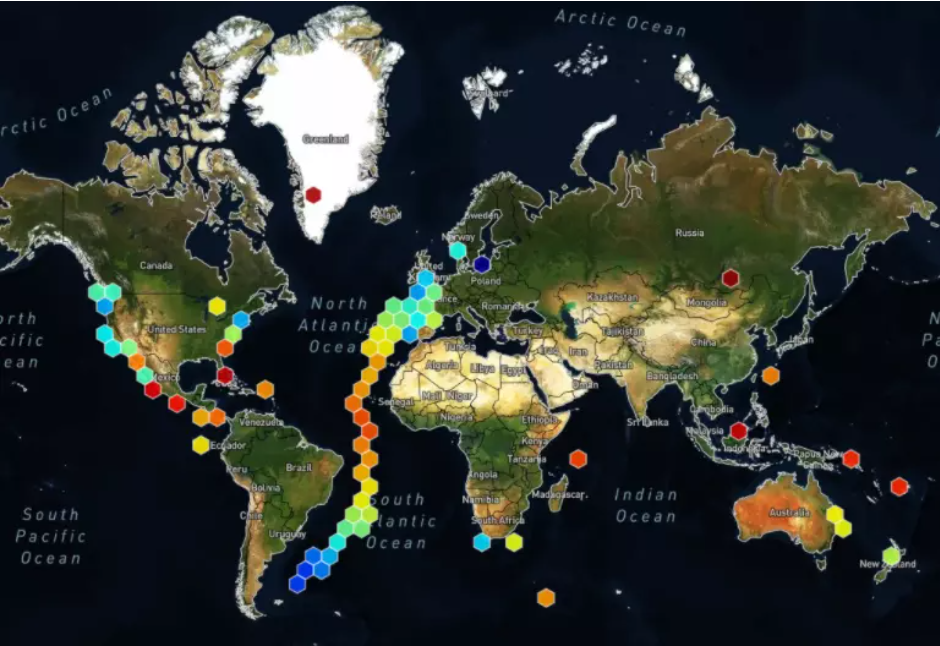 World - Surfers Use Sensors in Their Boards to Monitor Ocean Warming

Surfers around the world are using Smartfins to gather data about the health of oceans.

Who better to study the sea than a surfer?

That’s the big idea behind Smartfin, a US-based non-profit that’s giving data-collecting “smart” surfboard fins to surfers. The fins collect a range of data, including temperature and location.

The fins are needed because scientists need more data about the warming of our ocean. Since the 1970s more than 90% of the excess heat from greenhouse gas emissions has entered the sea.

Innovations like the Smartfin project – decentralizing data collection and crowdsourcing solutions to our biggest problems – is just the kind of solution the World Economic Forum’s UpLink initiative is looking for.

“Most people who really call themselves surfers are out there, you know, almost every single day of the week and often for three, four hours at a time,” Smartfin’s Senior Research Engineer, Dr Phil Bresnahan tells Chemistry World. “I’m really a hobbyist compared to that.”

But it’s precisely the surfing pedigree of its scientists that has enabled Smartfin to break new ground in marine research. Because the inspiration behind Smartfins came from knowledge of an existing piece of kit.

Surfboards typically have fins mounted on the tail to improve stability in the water. The Smartfin team realized these fins could become powerful data-gathering machines if sensors were included.

The team also figured there was a gap in existing ocean data collection methods. The dynamic, choppy nature of coastal waters makes it hard for traditional sensors to operate. And buoy-mounted sensors are limited in number and have less flexibility.