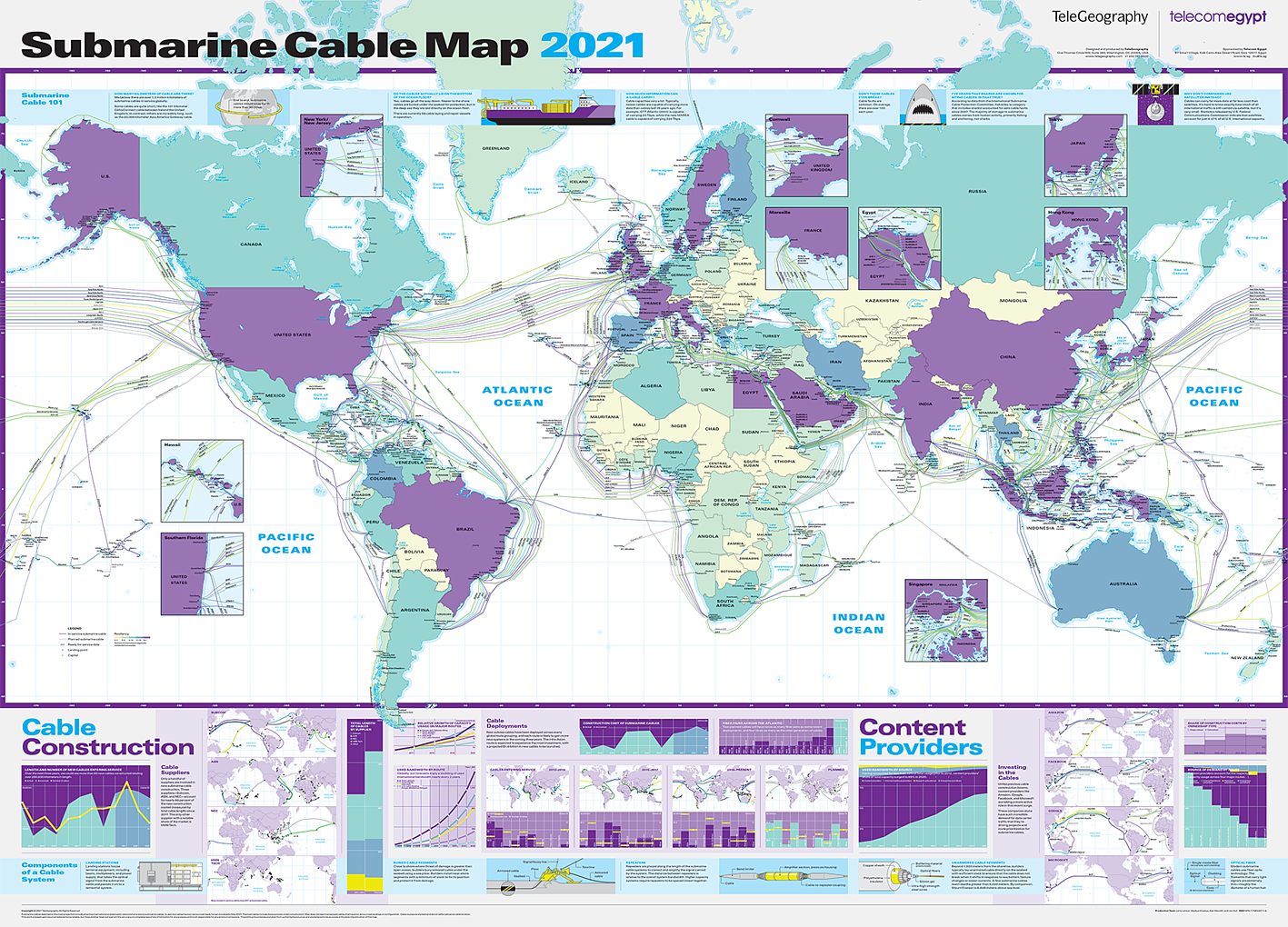 As a lay person, it is a common perception that data and communication signals travel through multiple satellite systems orbiting around the earth. However, this is a grave misconception. As one writer puts it, “but that the communication signals themselves are then broken into bits of data, which then ply the ocean depths at the speed of light via unseen cables, is hard to imagine.”

The reality is that 99% of the world’s communication data is currently moving through hidden undersea cables. These are now befittingly called as the “Out-of-Sight Arteries of Globalization”.[2]These submarine cables are functioning as a global infrastructure for the movement of inter alia big data, communication signals, phone traffic and even financial capital around the world. During the past decade, the weaknesses and gaps in the protection of these underwater fiber-optic cables under International law has come to the fore. This article is aimed at critically analyzing the vulnerability in International law to protect these global underwater data highways.

In the year 1858, the first transatlantic subsea cable was laid down between Ireland and Newfoundland which snapped 26 days later.[3] In the year 1864, another transatlantic cable was placed between the same territories and this time it proved to be successful. Following this success, there was no looking back and submarine cables were placed between various territories along the seabed of the Pacific Ocean.[4] Interestingly, the transmission speeds for these first telegraph cables were 12 words per minute which increased exponentially to 200 words per minute by the 1920’s. The invention of the telephone expanded the reliance on these transcontinental cables. From the beginning of the 1950’s until  the late 1960’s underwater coaxial cables dominated intercontinental voice communications.[5]

‍Just Look at All Those Cables: The 2021 Submarine Cable Map is Here, TeleGeography Blog, By Jayne Miller

It was the invention of satellite systems during the 1970’s which greatly reduced the reliance on subsea cables for use in communication technologies. Although the satellite systems dominated the telecommunications world for more than a decade, they were soon replaced by the invention of fiber-optic cables. Fiber-optic cables were more capacious in carrying vast amounts of data and signals as compared to coaxial cables of the bygone days.[6] The first fiber-optic cable was laid down in the year 1986. As of 2019, there are 241 active and distinct fiber-optic subsea cables which are mapping a length of 1.1 million kilometers (km) of the seabed.[7] One writer points out the dominance of undersea cables over satellites by the fact that if they were to stop transmitting then “only 7% of the total United States data traffic volume could be carried by satellite”.[8]

Subsea cables are a crucial part of the digital economy, making flows and exchanges of data possible. Astonishingly, they are considered to be intangible, immaterial and un-territorial under the international legal framework.[9] It is understandable that an average person using the internet is unaware about the physical aspect of data transmission. However, International law and its supremacy is founded upon physical objects and materiality. International law experts are now increasingly engaging in such a method of analysis as compared to archetypical theoretical frameworks. Hohmann and Joyce explain that “in revealing the deep entanglements of international law and the material things around us, we can begin to understand how international law structures and disciplines its subjects—and sets the contours for the possibilities and limits of our lives—through objects.”[10]

It is absolutely imperative that International law recognizes the physicality of undersea cables which are now deeply intertwined with the social, economic, legal and technological orders of a digital age. International law and its dominance is moulded by the physical infrastructures which are an important factor in the growth of modern digital economies. Undersea cables are now the sub