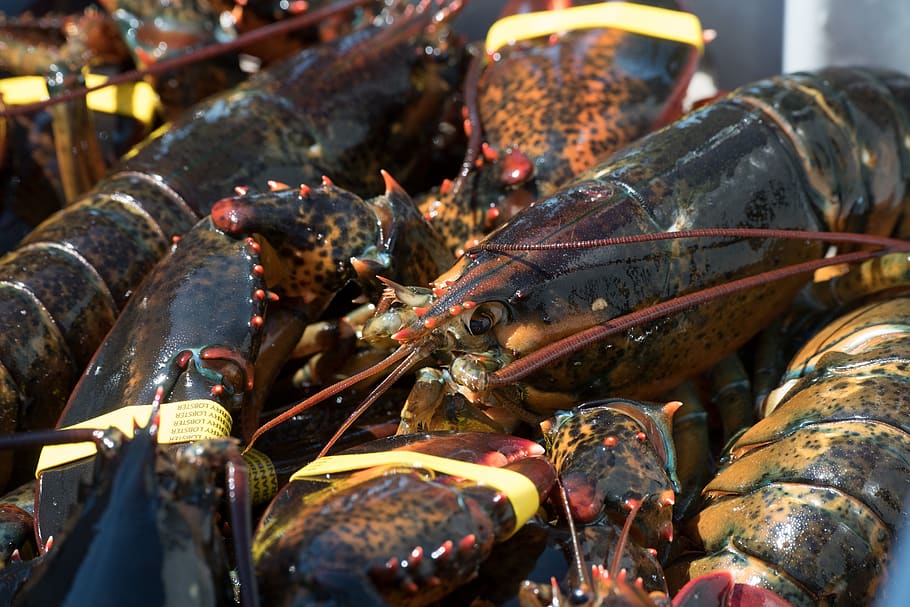 World - Study Suggests Lobsters Could Be on-Grown off Salmon Farms

Juvenile lobsters could be grown in containers attached to commercial salmon farms, as part of an integrated multi-tropic aquaculture (IMTA) system, according to a new study.

The study involved ongrowing and monitoring juvenile lobsters which had been placed in pioneering grow-out containers. Half were hung at a depth of 2m outside the salmon pens to see if they would feed on particulate waste from the farm, while the other containers were placed 300 m from the salmon farm.

Analysis revealed that lobsters directly utilised particulate waste from salmon production, as levels of indicator fatty acids from salmon feed were significantly higher in lobster tissues near the fish cages compared to the control site. The researchers suggested that this uptake could have been via direct consumption of waste feed or faecal material, or indirectly through the consumption of fouling organisms in the containers. However, while the Lobsters grew “significantly” over the trial period at both sites, there was no significant difference in lobster growth between the sites.

The study was carried out at Lehanagh Pool marine research site in Ireland. The site consisted of two, 50m circumference pens, which had been stocked with salmon smolts, and was being managed according to organic farm standards, with no prescription medicines or antifoulants used. However, in terms of the practicalities of more salmon farms adopting lobster grow-out systems, the researchers note that advantages could include the salmon pens offering additional shelter from storm events as well as a means for the salmon farming sector to generate wider benefits.