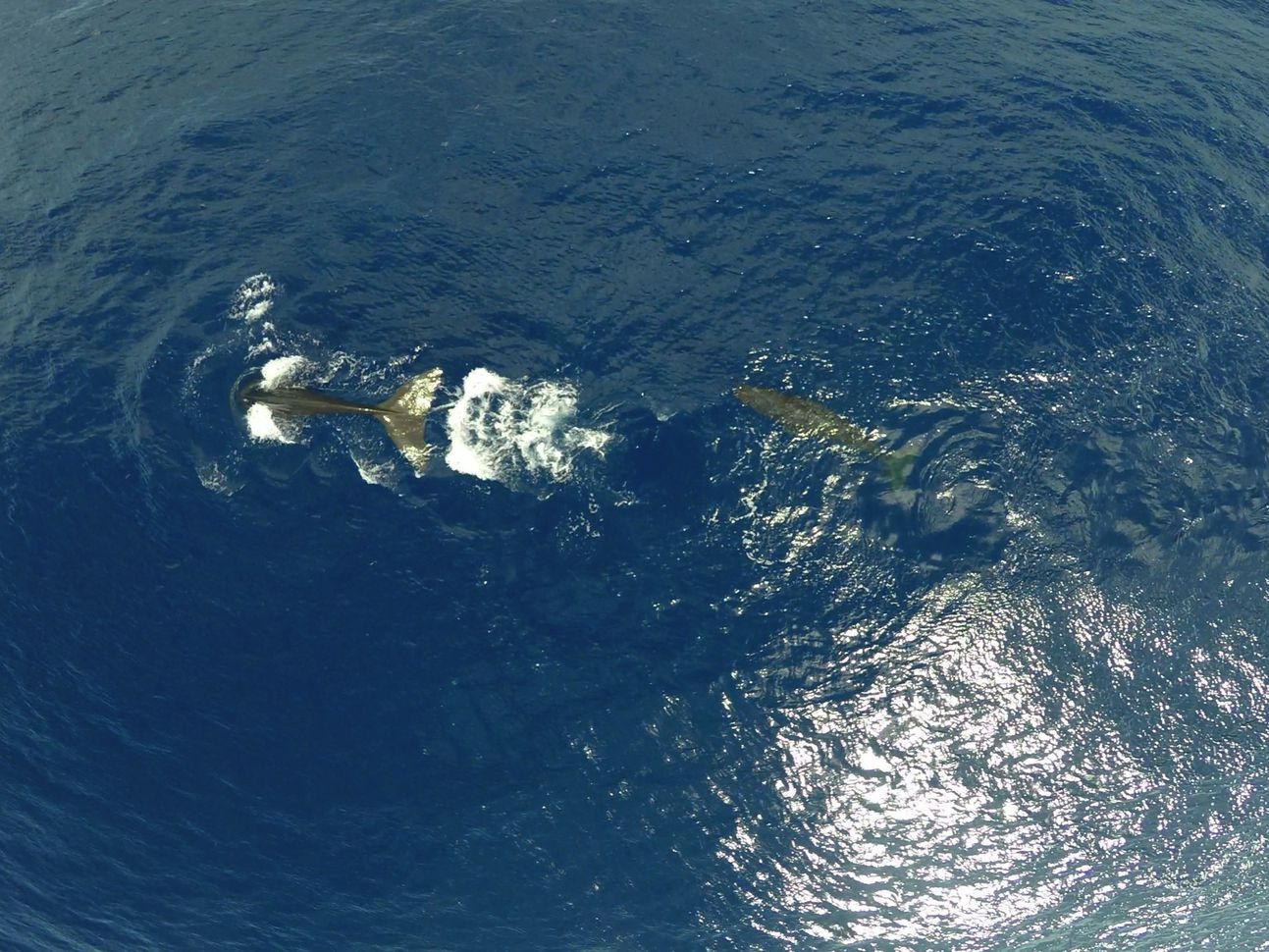 Whalers and researchers alike have found that these mammals are excellent at learning from each other.

Hal Whitehead, a biologist at Dalhousie University in Nova Scotia, has spent decades following sperm whales around on boats, trying to figure out their intricate social structures.

“About 20 years ago, it came to us that culture—in the sense of what they’re learning from each other—is very important for sperm whales,” Whitehead says. A new study by Whitehead, University of St. Andrews biologist Luke Rendell and retired NOAA scientist and whaling expert Tim Smith, published on March 17 in the journal Biology Letters, underscores this point.

Out in the deep ocean, sperm whales live in extremely social matrilineal family units that mingle in groups within a given clan, which are distinguished by particular dialects and behaviors. In the 18th and 19th centuries, these societies were confronted with the terrors of commercial whaling. Using data from centuries-old American whaling logbooks, the authors’ findings suggest that sperm whales in the North Pacific very quickly learned—from each other—how to fend off the whalers’ harpoons, whose successful “strike” rate dropped by an eyebrow-raising 58 percent in only a few years.

“Obviously this was extremely frustrating for the whalers, and somewhat good news for the whales,” says Whitehead.

The study was inspired in part by recent observations from historians. Bathsheba Demuth, an environmental historian at Brown University, was reading 19th century whalers’ logbooks on bowhead whales in the Bering Strait when she noticed a striking shift. After these whalers arrive, “they have several good years of killing bowhead whales in 1849, 1851, 1852.” Then, all of a sudden, “the logbooks start talking about these really dramatic changes in whale behavior.” They note that the bowheads, which had initially been docile, started using the sea ice to avoid harpoons.