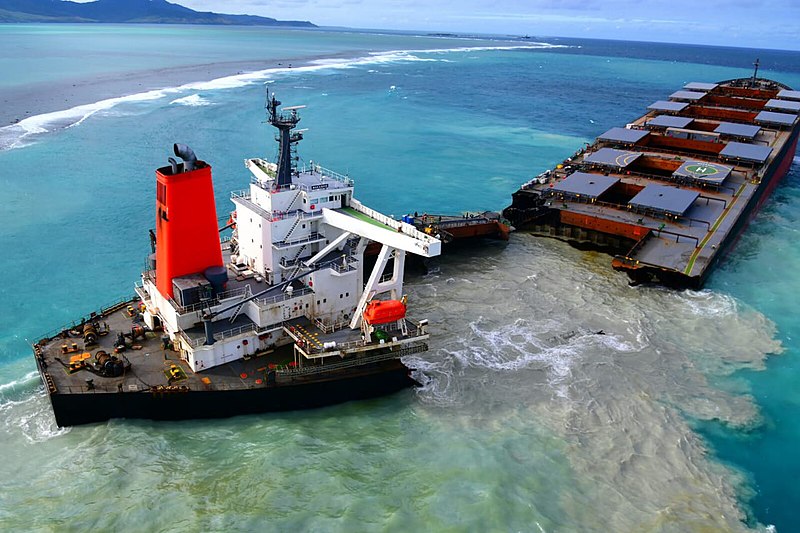 Newly released documents reveal that BP was behind the toxic oil involved in the Mauritius oil spill in the Indian Ocean last year.

Even more troubling are revelations that BP formally blocked the investigation into the fuel that was being used on board the large Japanese bulk carrier.

The documents also show that the oil on the Wakashio was known to be faulty from the moment the vessel set sail from Singapore on its final, fateful voyage across the Indian Ocean.

Ship operator, Japanese shipping giant Mitsui OSK Lines (MOL) knew the oil exceeded engine safety limits and they were concerned during the Wakashio’s final voyage that this fuel could cause serious engine failure, which they attempted to communicate to the ship’s crew. Both BP and MOL were taking a gamble with the lives of the crew and the coastline of surrounding countries by allowing the vessel to sail with this fuel on board.

The oil - called Very Low Sulfur Fuel Oil or VLSFO - is an experimental mixture of jet fuel and heavy ship oil that is causing engine failures around the world on large ocean-bound vessels. It was rushed through for approval by the United Nations shipping agency (the IMO) in January 2020 without proper safety testing. This fuel currently powers 70% of all large ships around the world, and at least 6% of these vessels (3600 ships) are at risk of engine failure at any one moment. There has been a 20% spike in major shipping incidents in 2020, that the shipping regulator, the IMO, has failed to properly investigate.