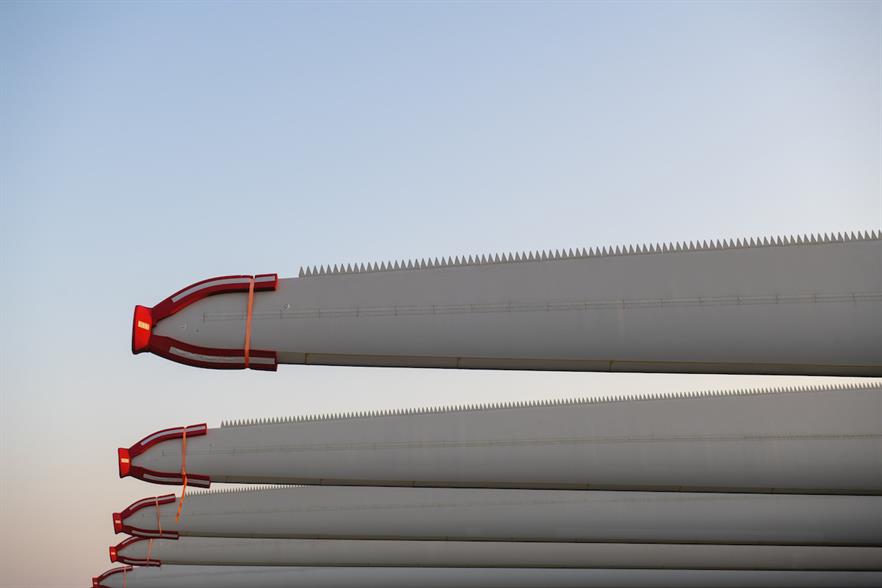 It plans to use these blades in offshore wind farms due to be installed next year, the manufacturer told Windpower Monthly.

The new blades use a new type of resin that makes it possible to efficiently separate it from the other components at the end of the blade’s working life – previously a major obstacle to full recyclability – the firm explained.

After decommissioning, the blade will be immersed in a mild acidic solution heated with renewable energy, which will separate the resin from the fibre-glass, plastic, wood and metals.

This will allow the materials to be recycled for new purposes, including in the automotive industry or in consumer goods like flight cases and flatscreen casings.

The Spanish-German manufacturer would not reveal what resin it will now be using.

‘Look at the ingredients’

It can still use the same moulds that it currently uses for its offshore wind integral blades as the dimensions of Siemens Gamesa’s offshore wind blades and most of their materials will be the same as before. This means that initial additional costs – to cover investments in research and development over the last few years, supply chain development and resin costs – will be “limited”, Martin Gerhardt, head of Siemens Gamesa’s offshore portfolio told Windpower Monthly.