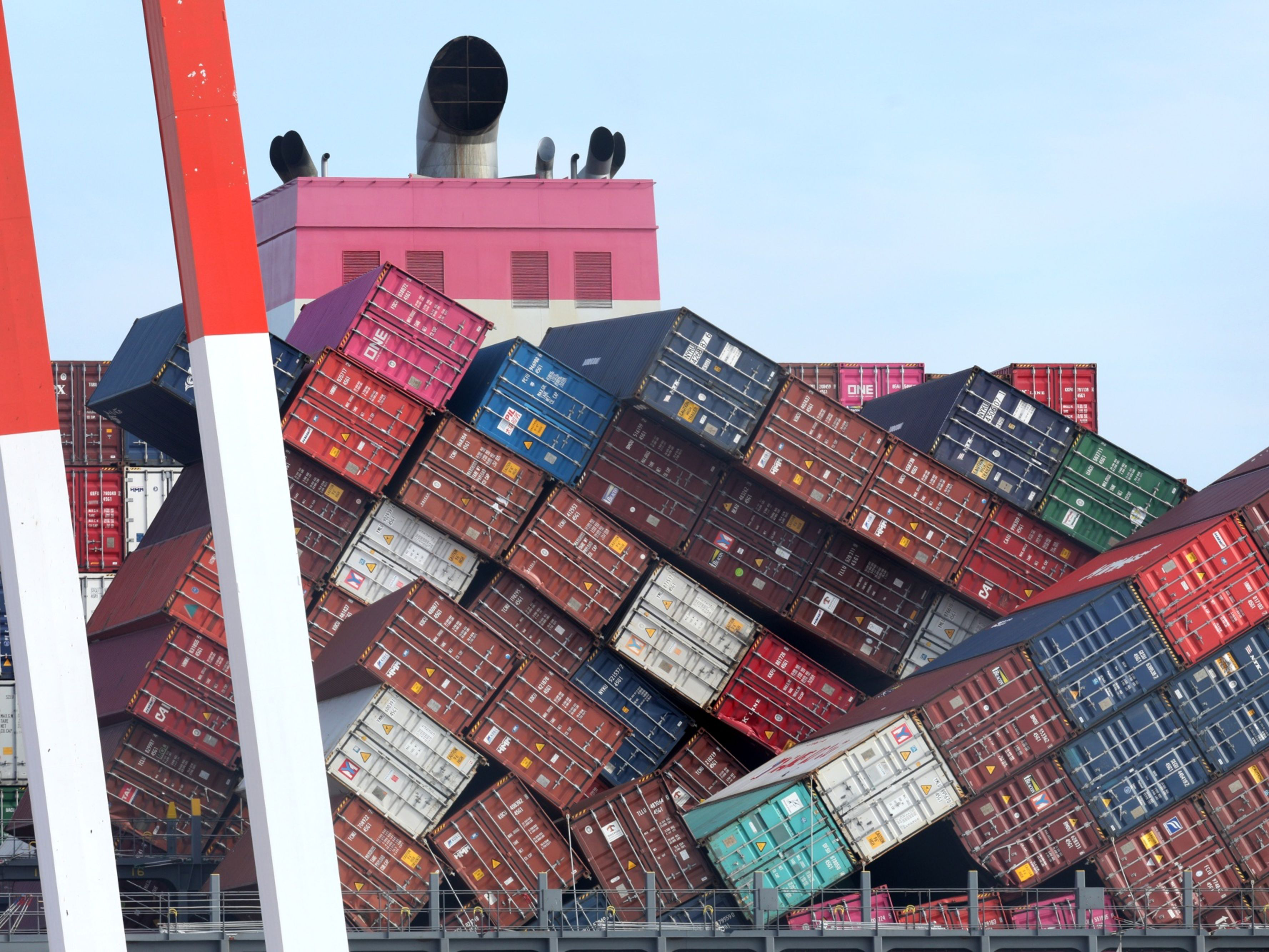 World - Shipping Containers Are Falling Overboard at a Rapid Rate

Containers piled high on giant vessels carrying everything from car tires to smartphones are toppling over at an alarming rate, sending millions of dollars of cargo sinking to the bottom of the ocean as pressure to speed deliveries raises the risk of safety errors.

The shipping industry is seeing the biggest spike in lost containers in seven years. More than 3,000 boxes dropped into the sea last year, and more than 1,000 have fallen overboard so far in 2021. The accidents are disrupting supply chains for hundreds of U.S. retailers and manufacturers such as Amazon and Tesla.

There are a host of reasons for the sudden rise in accidents. Weather is getting more unpredictable, while ships are growing bigger, allowing for containers to be stacked higher than ever before. But greatly exacerbating the situation is a surge in e-commerce after consumer demand exploded during the pandemic, increasing the urgency for shipping lines to deliver products as quickly as possible.

“The increased movement of containers means that these very large containerships are much closer to full capacity than in the past,” said Clive Reed, founder of Reed Marine Maritime Casualty Management Consultancy. “There is commercial pressure on the ships to arrive on time and consequently make more voyages.”

After gale-force winds and large waves buffeted the 364-meter One Apus in November, causing the loss of more than 1,800 containers, footage showed thousands of steel boxes strewn like Lego pieces onboard, some torn to metal shreds. The incident was the worst since 2013, when the MOL Comfort broke in two and sank with its entire cargo of 4,293 containers into the Indian Ocean.

In January, the Maersk Essen lost about 750 boxes while sailing from Xiamen, China, to Los Angeles. A month later, 260 containers fell off the Maersk Eindhoven when it lost power in heavy seas.