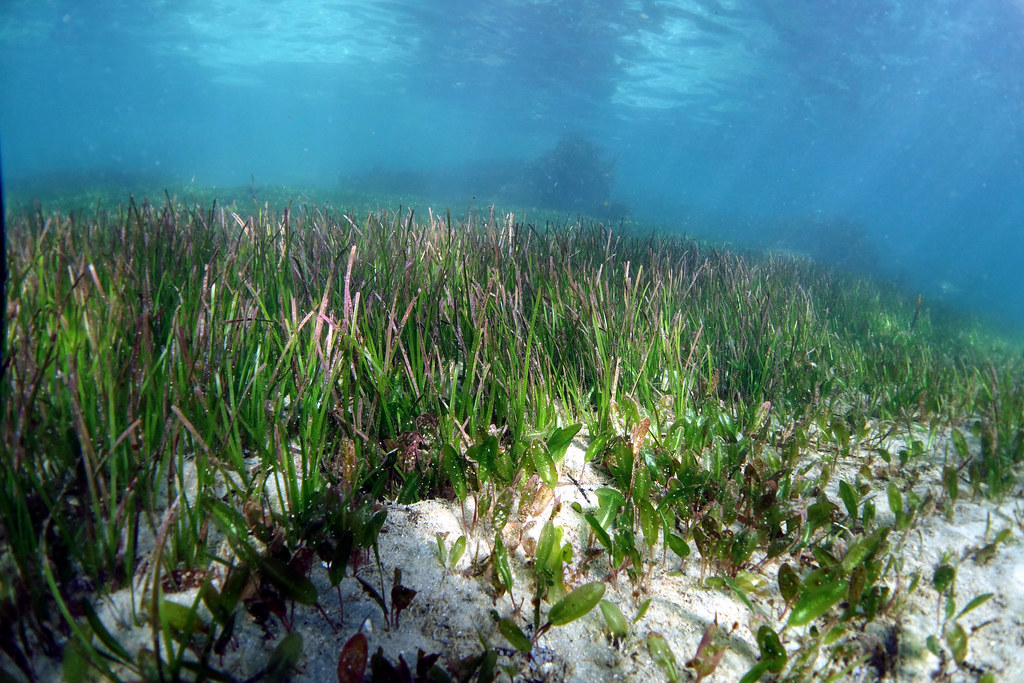 Seagrass forms critical habitats the world over—supporting global fisheries, stabilizing shorelines, reducing wave impacts from storms, and hosting a diversity of marine life, including turtles, dugongs, and even sharks. It also helps draw carbon down into underlying sediment; left undisturbed, this carbon can remain locked away for decades or longer.

Yet despite this ecosystem’s importance, and the presence of seagrass in coastal waters almost everywhere in the world, less than 20% of the earth’s seagrass meadows are fully mapped. And in many instances the scientific information about seagrass lags behind that of other coastal wetland ecosystems: mangroves and saltmarshes.

The good news, which scientists conveyed last month at a meeting of the Western Indian Ocean Marine Science Association (WIOMSA), is that there is a rapid advance in seagrass research in the Western Indian Ocean, an area with abundant and diverse seagrass meadows. Scientists from throughout the region convened in Gqeberha, South Africa, to share new findings, discuss projects, and form new research partnerships among the many fields within marine sciences that touch on seagrass. Dr. Jacqueline Uku, a regional seagrass researcher and outgoing president of WIOMSA, noted that “seagrasses form a key ecosystem in the Western Indian Ocean, one that is the foundation to local fisheries—sustaining livelihoods and food security of millions of people, even those far from the coast.”

Scientific meetings, such as WIOMSA, provide an opportunity for researchers to come together under a shared vision to advance the science around critical marine habitats. Participants at last month’s meeting presented several projects, including approaches to mapping seagrass remotely as a step toward including seagrass in climate policy; for example, in Seychelles, an island nation in East Africa with extensive seagrass meadows, a multipartner collaborative project funded by The Pew Charitable Trusts developed the country’s first field-validated seagrass map and carbon assessment. The results helped inform the country’s commitment to protect all its seagrass meadows by 2030 as part of its nationally determined contribution (NDC) to the Paris Agreement, the landmark international climate change treaty that came out of the 2015 United Nations Climate Change Conference.

Seagrass meadows, mangrove forests, and saltmarshes are currently the only marine ecosystems recognized by the Intergovernmental Panel on Climate Change for the measurable contribution they can make toward mitigation commitments. Because seagrass protection and restoration are considered nature-based solutions to climate change, countries can consider seagrass conservation alongside emission reduction plans to meet their climate mitigation and adaption objectives.

As a result, researchers throughout the Western Indian Ocean are keen to advance the science around seagrass mapping, species identification, and health metrics to improve existing seagrass maps and build support for the inclusion of seagrass in local policies that manage fishing, shipping, and other marine activities—as well as into international climate frameworks such as the NDCs.

Seagrass mapping is becoming more sophisticated and accurate thanks to cloud computing technology and higher resolution images from satellites, providing a real opportunity for the development of better maps on a global scale.