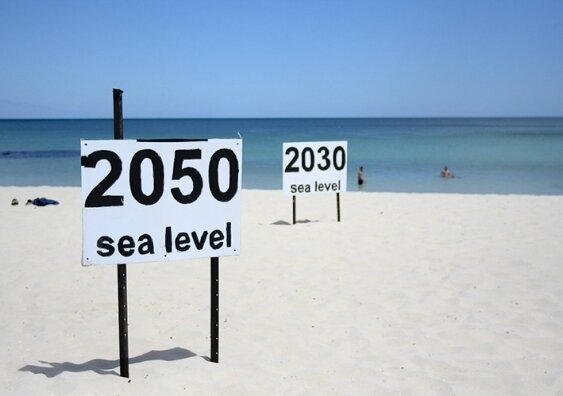 Projections of rising sea levels this century are on the money when tested against satellite and tide-gauge observations, scientists find.

Climate model projections of sea-level rises in the early 21st century are in good agreement with sea level data recorded in the corresponding period, a recent analysis has found.

And the scientists who crunched the numbers say the finding does not bode well for sea level impacts over coming decades if greenhouse gas emissions are not reined in.

In an article published recently in Nature Communications, the scientists from Chinese and Australian institutions including UNSW Sydney examined the global and regional sea level projections of two reports by the Intergovernmental Panel on Climate Change: the Fifth Assessment Report (AR5) and Special Report on the Ocean and Cryosphere in a Changing Climate (SROCC).

They compared the reports' projections with the observed global and coastal sea level data gathered from satellites and a network of 177 tide-gauges from the start of the projections in 2007 up to to 2018. The scientists found that the trends of the AR5 and SROCC sea level projections under three different scenarios of greenhouse gas emissions "agree well with satellite and tide-gauge observations over the common period 2007–2018, within the 90 percent confidence level."

Study co-author and leading sea-level expert, Professor John Church, says while he thought the projections from modelling would be accurate at the global level, he was pleasantly surprised that they were as accurate at the regional and local level.

"Our analysis implies that the models are close to observations and builds confidence in the current projections for the next several decades," says Prof. Church, who is part of UNSW's Climate Change Research Centre.

But he adds a caveat that because the available comparison period is short, at just 11 years, he would be hesitant to extend the same degree of confidence over the longer term—from the end of this century and beyond—where acceleration of ice-sheet contribution to sea-level rise is less understood and could lead to larger rises.

"There remains a potential for larger sea level rises, particularly beyond 2100 for high emission scenarios. Therefore, it is urgent that we still try to meet the commitments of the Paris Agreement by significantly reducing emissions," Prof. Church says.