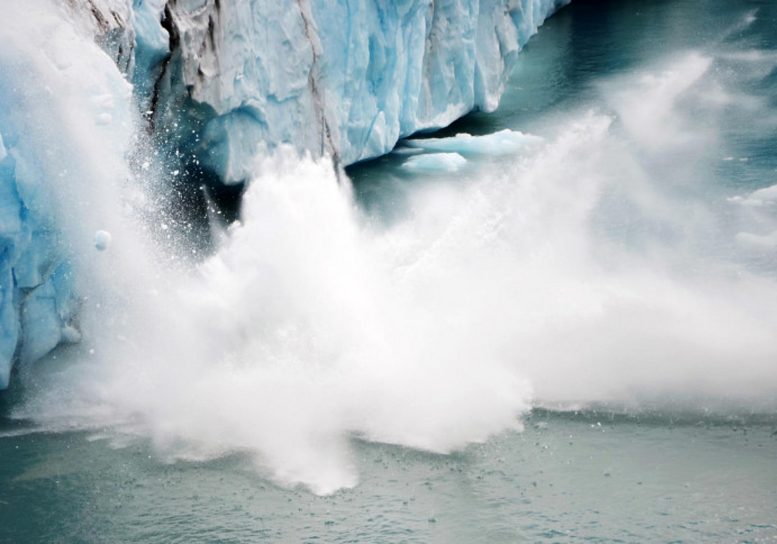 Sea level could rise higher than current estimates by 2100 if climate change is unchallenged, according to a new assessment.

Its authors say understanding the way strong global heating affects polar ice sheets will be crucial to projecting sea level rise over the next century. However, uncertainties remain and current knowledge about ice sheets suggests sea-level rise under continued strong warming could be higher than the Intergovernmental Panel on Climate Change (IPCC) ‘likely’ range by 2100.

The authors of the study, published on December 18, 2020, in the journal One Earth, also suggest ways scientists can make predictions more certain, by improving our understanding of ice-sheet dynamics, such as how they interact with warming oceans and how they fracture and break apart.

Lead author Professor Martin Siegert, from the Grantham Institute – Climate Change and Environment at Imperial College London, said: “Greenhouse gas emissions are still on the rise, and strong heating, of more than 4°C by 2100, is well within the realm of the possible if emissions continue unabated.

“Currently, hundreds of millions of people live in regions susceptible to coastal flooding, and the likelihood of even worse flooding will significantly increase with severe sea-level rise. The sea-level rise we have already faced has been somewhat mitigated by flood barriers and other measures, but we are unprepared for higher rates of rise that could overwhelm these measures.

“If we don’t do more to avert dangerous global heating, we may reach a point where we can no longer protect people.”