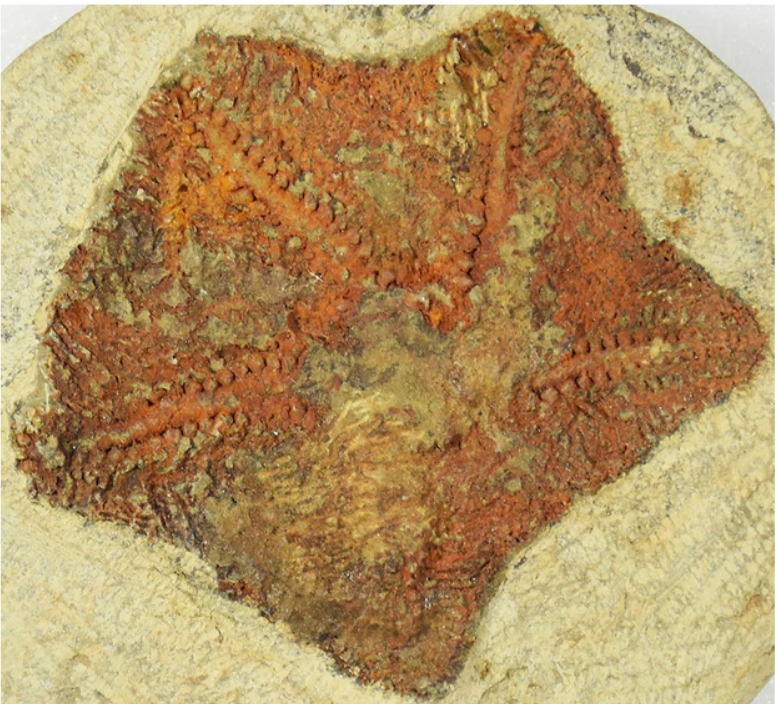 The fossil species, discovered in the Anti-Atlas mountain range in Morocco, has an intricate design with feathery arms akin to a lacework.

A 480-million-year-old fossil found in Morocco is a “missing link” between modern-day starfish and their ancestors, a scientist has said.

The fossil, discovered in the Anti-Atlas mountain range, captures the early evolutionary steps of the animal at a time in Earth’s history when life suddenly expanded, a period known as the Ordovician Biodiversification Event.

The fossil species has an intricate design, with feathery arms akin to a lacework.

The origin of starfish has eluded scientists for decades but the new species is so well preserved that its body can finally be mapped in detail and its evolution understood, according to researchers.

The species, named Cantabrigiaster fezouataensis, is the earliest starfish-like animal, according to a study published in the journal Biology Letters.

“Finding this missing link to their ancestors is incredibly exciting,” said Evolutionary palaeoecologist Dr Aaron Hunter, of Cambridge University, one of the paper’s authors. “If you went back in time and put your head under the sea in the Ordovician, then you wouldn’t recognise any of the marine organisms – except the starfish, they are one of the first modern animals.”