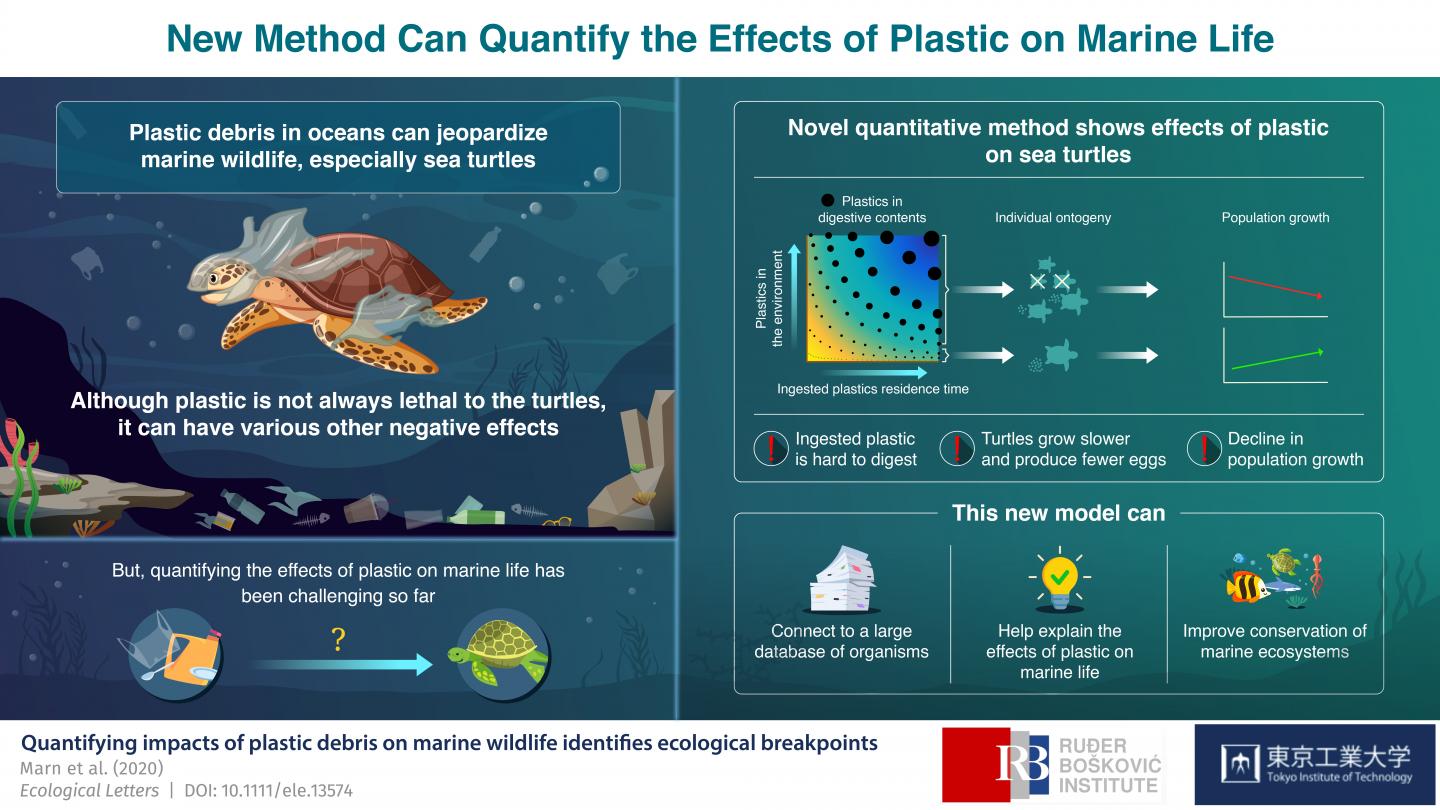 Scientists at Tokyo Institute of Technology together with their international collaborators developed a novel quantitative method to quantify the effects of plastic on marine animals.

This method successfully shows that plastic ingestion by sea turtles might be causing population declines, despite a lack of strong effects on individual turtles.

Plastic debris in marine ecosystems is a serious global issue and is the research focus of leading scientists across the globe. Annually, around 10 million tons of waste, mostly plastic, finds its way into the world's oceans. Plastic debris in the open and coastal seas can jeopardize the health of marine wildlife, affecting human health and economy both directly and indirectly.

Almost 700 marine species have been documented to interact with plastic, most commonly by ingesting smaller pieces and becoming entangled in larger pieces. Among the most affected species are sea turtles. All seven known species of sea turtles have been seriously impacted by the presence of plastic waste in marine ecosystems. Ingestion of plastic waste is often not lethal for sea turtles, but it does reduce their ability to feed and can cause negative toxic effects. Scientists have been warning for over a decade about the negative non-lethal effects of ingested plastics, noting that these effects are "particularly difficult to quantify."

The study achieved exactly what previous research has struggled to accomplish: a new method to assess and quantify the effects of plastics ingestion on growth, reproduction, and survival of individuals and consequently populations.

Asst. Prof. Jusup, who co-led the study with Dr. Marn, explains, "In this research, we focused on a well-known and globally distributed protected species of sea turtles--the loggerhead. Our aim was to quantify the effects of ingested plastics on individual animals and subsequently on whole populations. Differentiating between the individual and population breaking points is important because individuals can look healthy and even reproduce, but this may not be sufficient to offset the loss of individuals due to mortality. More extreme cases of plastics ingestion reported in the scientific literature cause the population ecological breaking point to be reached. This is why it is crucial to decisively act now, before it is too late."