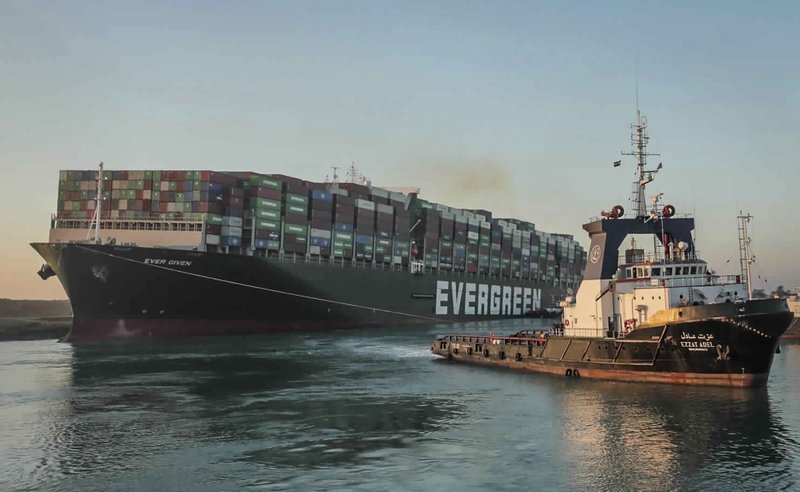 World - Russia is Turning Ever Given's Plight into a Marketing Tool for Arctic Shipping. But It May Be a Hard Sell

Increased traffic through the Northern Sea Route could be a financial boon to Russia, and a quicker way to export its fossil fuel reserves.

When one of the world’s largest container ships became wedged in the Suez Canal last week, it raised questions about impacts to global supply chains, the dangers of a globalized economy of goods and how to dislodge a 200,000 ton ship that doesn’t seem to want to budge.

But for Russia, the misadventures of the Ever Given provided a rare chance to pitch what it’s framing as a golden marketing opportunity: shipping via the Northern Sea Route rather than the crowded Suez Canal. Successfully convincing other countries that this route is viable could yield a financial windfall for Russia.

The Northern Sea Route, which passes along Russia’s icy shores en route from Europe to Asia, is one of several options for shipping by way of the Arctic. The other routes are the Northwest Passage, which cuts through the Canadian archipelago and Alaska as it travels across the North American Arctic, and the Transpolar Sea Route, which passes through the central Arctic.

The Northern Sea Route, which can cut 4,000 nautical miles off a trip from Europe to Asia taken via the Suez Canal, could benefit Russia in several ways—through tariffs and administrative fees, and by breathing new life into the Russian oil and gas industry.

That is, as long as the ice doesn’t get in the way.