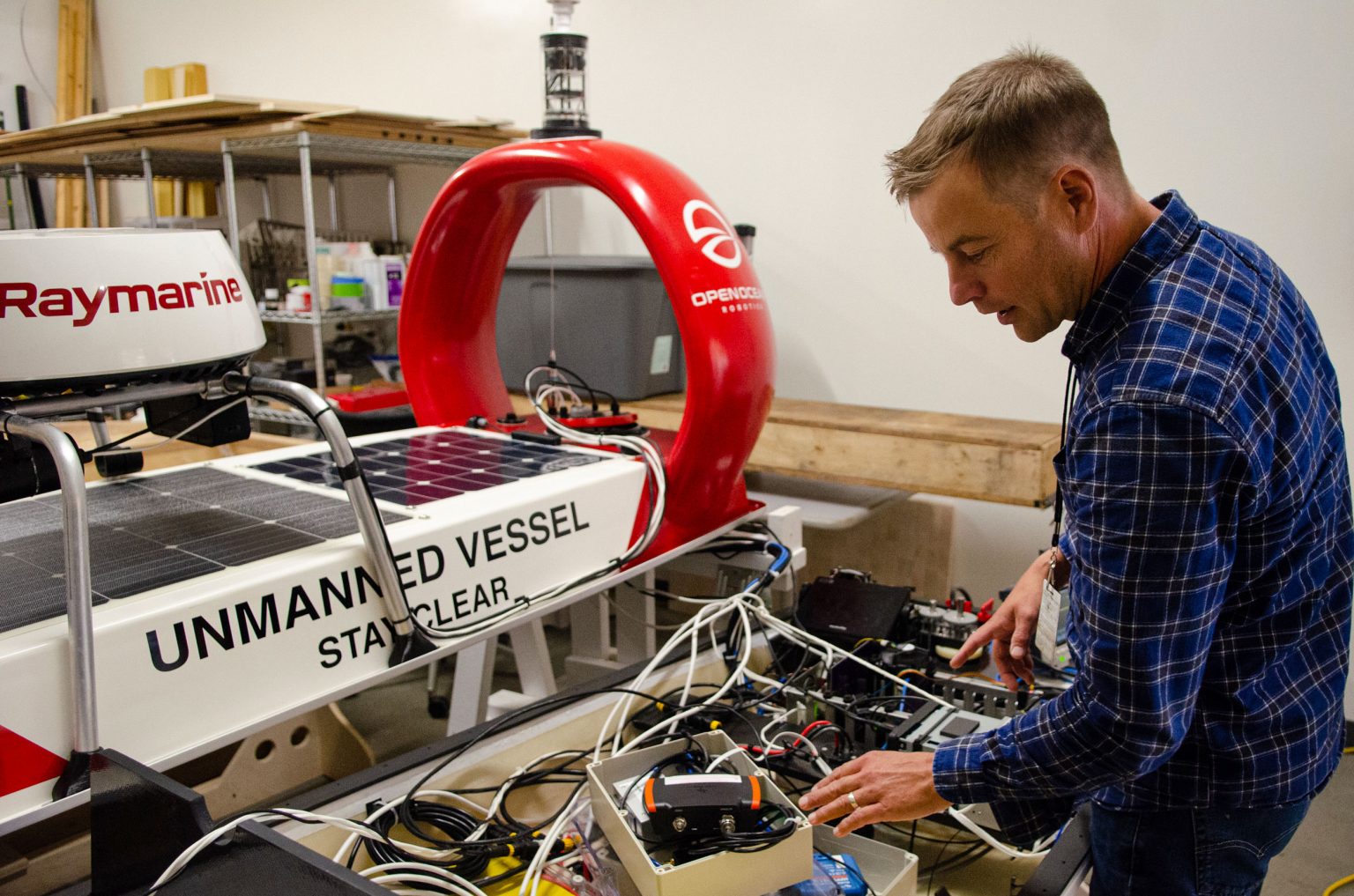 A new generation of autonomous vessels is looking to catch illegal fishers in the act.

The first time engineers from Open Ocean Robotics pushed Scooby, a three-meter robotic boat, onto a lake near their office in Victoria, British Columbia, the small craft drove straight into the bushes. Clearly, the team had more work to do on the vessel’s autopilot.

Since that early mission last year, the start-up has won innovation awards, secured seed funding, and “spent tons of time on the water” ironing out the kinks in their autonomous vessels, says Julie Angus, the company’s CEO and cofounder. The 12-person team is now up against Connecticut-based tech company ThayerMahan and Marine Advanced Robotics from Silicon Valley in a cutting-edge design challenge to build a robot that can police illegal fishing in marine protected areas (MPAs). Scooby’s successor Daphne (named after another Scooby-Doo character) completed the first stage in the multiyear project: a three-day field demonstration using surveillance technology to track boats, detect fishing activity, and collect evidence.

To protect marine wildlife and ecosystems and sustain fisheries, the United Nations, governments, and NGOs are pushing for more and bigger MPAs. But without a clear means of enforcing the regulations that govern them, these areas often draw criticism for being little more than paper parks. In partnership with the National Oceanic and Atmospheric Administration (NOAA) and the California Department of Fish and Wildlife (CDFW), these three robotics companies are racing to prove that uncrewed vessels are up to the task.