International
Plastic bags float around a group of swimmers in the Mediterranean Sea. AP 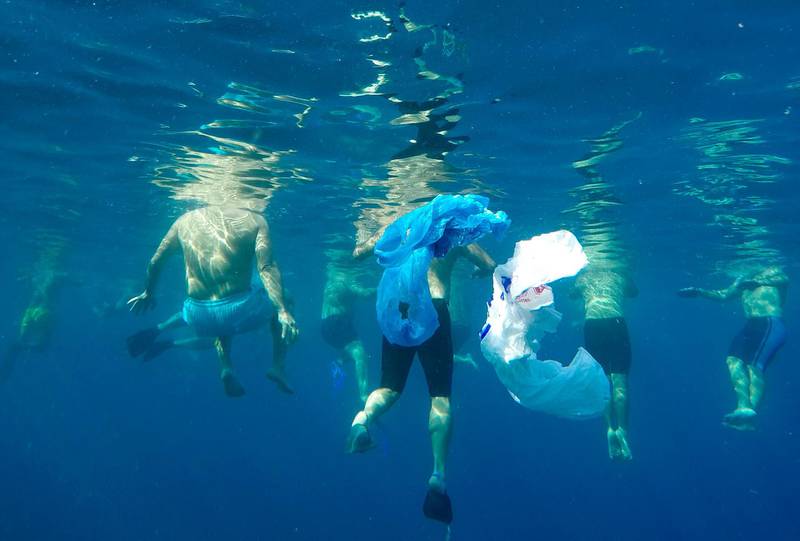 World - Revealed: scale of plastic floating in the Mediterranean

About 3,760 tonnes of plastic is currently floating in the Mediterranean Sea, with researchers saying the pollution puts marine life and conservation at risk.

According to a model developed by experts at Greece’s Hellenic Centre for Marine Research, 17,600 tonnes of plastic flows in the Mediterranean a year – 84 per cent ends up on beaches, while the rest lies in the water or seafloor.

The region is regarded as particularly susceptible to plastic pollution because of densely populated coastlines, fishing, shipping and tourism. Plastic waste are often found in big and small marine animals.

“Microplastics are less abundant in the sea surface due to their faster sinking from the attachment of heavier marine organisms [biofouling] and accumulate deeper in the water column and seafloor,” said lead author Dr Kostas Tsiaras, whose findings were published in Frontiers in Marine Science.

“On the other hand, macroplastics, such as plastic bags and styrofoam may float around for longer time periods, and travel long distances from their sources.”

Sources of microplastics, which includes wastewater treatment plants, were often found near population centres on the French, Spanish and Italian coasts.

Larger sized microplastics were seen in places with high untreated wastewater, for example off Greece and Turkey.

Macroplastics were also found in areas near riverine environments, including the Algerian, Albanian, and Turkish coasts, as well as close to population centres off Spain, France and Italy.